On paper, the Breckenridge Outdoor Education Center (BOEC) may seem just like all of the other top tier adaptive sports organizations out there, and in many ways, we are. However, that view can be deceiving, as our robust Volunteer Program sets us apart from most. With over 300 volunteers on the active roster, we not only rely on these men and women on a daily basis but in fact, we could not operate at such a high level without them. So, truthfully, you could say that our dedicated volunteers are the heart and soul of the BOEC! While we do add and subtract some volunteers on a yearly basis, a great many of them have been with us for years, and even decades, and return year after year. Enter Lance Glaser, BOEC Volunteer extraordinaire. 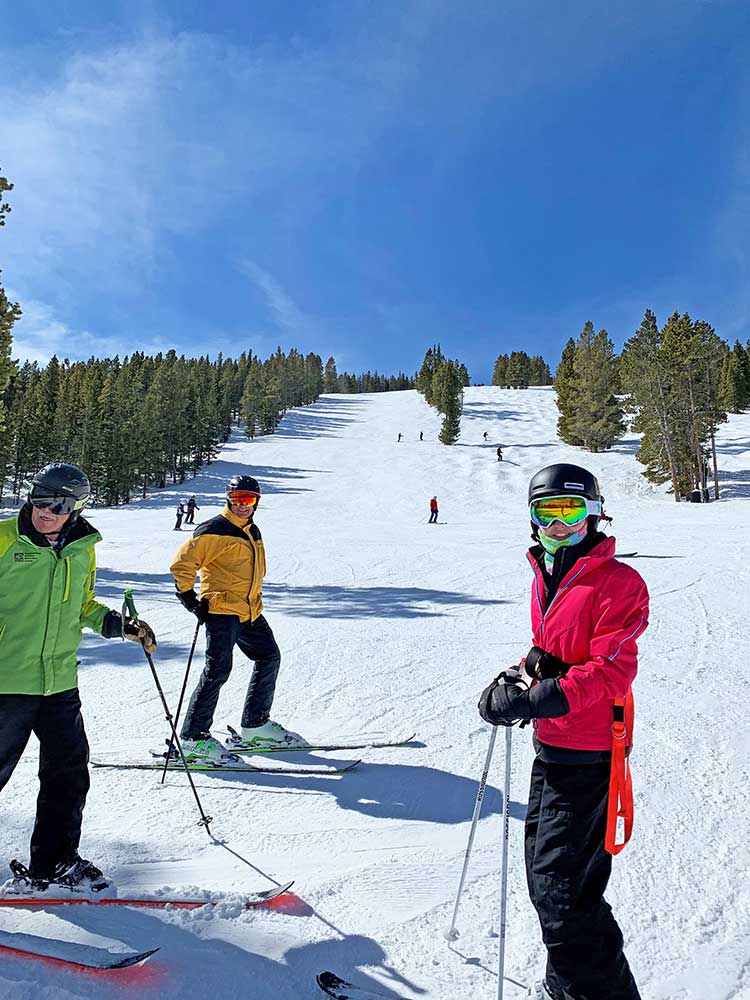 Glaser is part of the aforementioned “decades club,” and his story is as unique as he is. The 70-year old has been volunteering with BOEC’s Adaptive Ski & Snowboard Program for approximately 25 years, but I guess after that amount of time, even that number becomes a bit fuzzy as he tries to recount the years.

“I’m not even sure how many years I’ve been there,” said Glaser as he tries to calculate in his head. “I try to figure out the time as pre-Goldie (my deceased wife) and post-Goldie. When I started BOEC, Goldie was alive and even volunteered with me. She has been dead for 18 years now and we fought cancer for five years. We started BOEC two years before she was diagnosed. That’s my timeline. It adds up to 25 years, I think that’s right.”

Wow, a quarter of a century is a lot of time to give one’s self to volunteering! Of course, the BOEC would like to think that this is due to the stellar organization we are as his reason for dedicating so much time  – and that certainly is part of the motivation – but we have to look at the individual and his story to really delve deeper into his drive and motivation.

Obviously, volunteering for BOEC means a tremendous amount to Lance Glaser. But what makes an individual so altruistic to begin with? In Lance’s case, we can go all the way back to the Sixties when the Vietnam War, the Civil Rights Protests and the first man landing on the moon dominated the news. Lance was a self-proclaimed hippie at the time, enjoying peace, love, and happiness. That was until his world turned upside down as he was drafted into the Vietnam War.

“I have no words to tell you how bad that was!! I was in very heavy combat and I was living in Hell!!,” said Glaser as he recounted this experience. “I ended up wounded and in Walter Reed Army Medical Center for a very long time. This ultimately has a lot to do with why I care so very much about the BOEC. I have seen the very worst of men, but because of the BOEC, I have seen the very best of great people. It has helped me more than I can put into words.”

After his stint in the war, and an extended stay at Walter Reed Army Medical Center, Lance Glaser’s transformation started to take form. He began running programs for inner-city kids and people with disabilities to learn how to fish and overcome their circumstances. And this became a natural transition from the rivers and lakes of Florida to the slopes of Breckenridge Ski Resort. 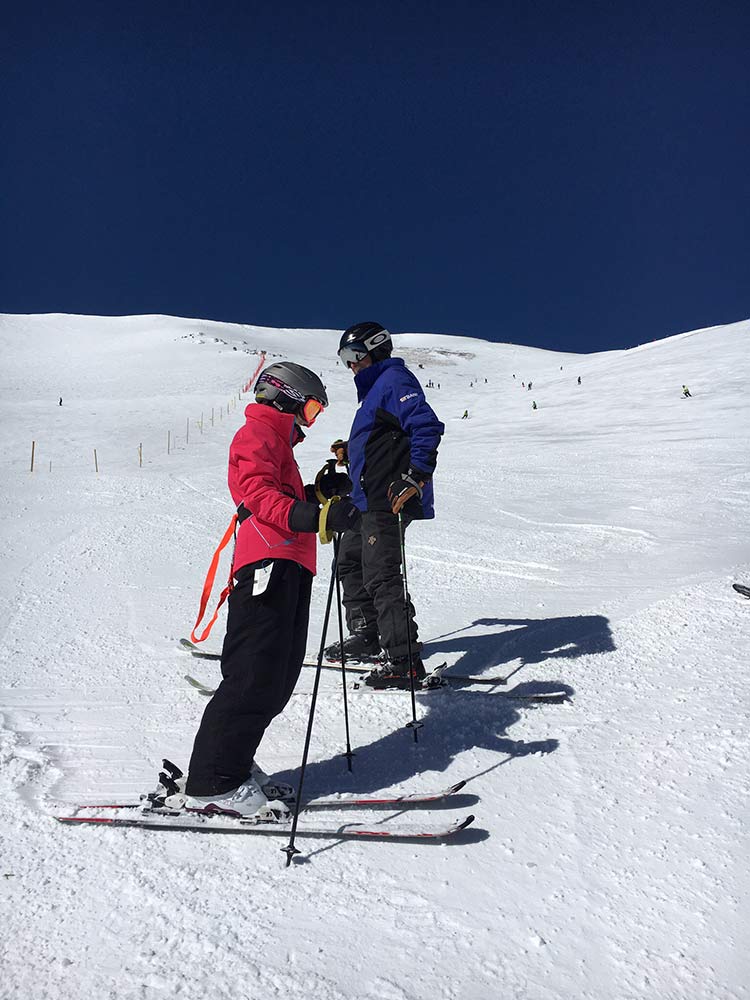 “When I started to ski, I would see people with disabilities skiing with other people,” said Glaser. “One day I got on a lift with a student and an instructor, so I asked who she was and she told me all about the BOEC. I asked if they needed help and she pointed me to the office. I went in that morning and signed up.”

But it wasn’t necessarily an easy transition.

“I had no knowledge of adaptive skiing at all! But when I walked into that room I was just blown away!” he said. “25 years later here I am, and BOEC is a way of life and means the world to me.”

Lance’s compassion, kindness, and goodwill took center stage after seeing and feeling the horrific things that happened in Vietnam. Naturally for him, finding a way to help others was a logical step in combating this ugliness as he found a whole new world and purpose within the BOEC.

“For many of my first years with the BOEC, people would ask me why I spent so much time there, and my answer was always, because of our students,” he said. “I don’t know exactly when, but one day it came to me that this was not the only reason I was at the BOEC. Our interns, staff and all the great volunteers are the most incredible people I have been honored to know and work with. In my youth and hippie days, I always thought by this time the world and people would have learned and gone on to make the world a better place, but it has not. There are still wars and there are still people treating each other not very well. Our interns are remarkable people! Not one would ever put a dollar before another person. Our staff and volunteers are the same. I needed this; it gave me great hope for the future. I don’t know if our people really know how very special they are, but it makes me feel very good to know when I leave this world, I have left it just a little better than I found it.”

And every day seems to be a new and exciting learning experience for Glaser. While he may provide lessons for the same set of disabilities and special needs over and over again, each participant becomes a unique story unto themselves.

“It can be the same every day, but really every day is a brand-new experience,” said Glaser. “We get every type of student that we can imagine, from adults and children with physical, cognitive and sensory disabilities, to injured veterans and at-risk youth.”

So how does the native Hawaiian keep it fresh and exciting on a daily basis? 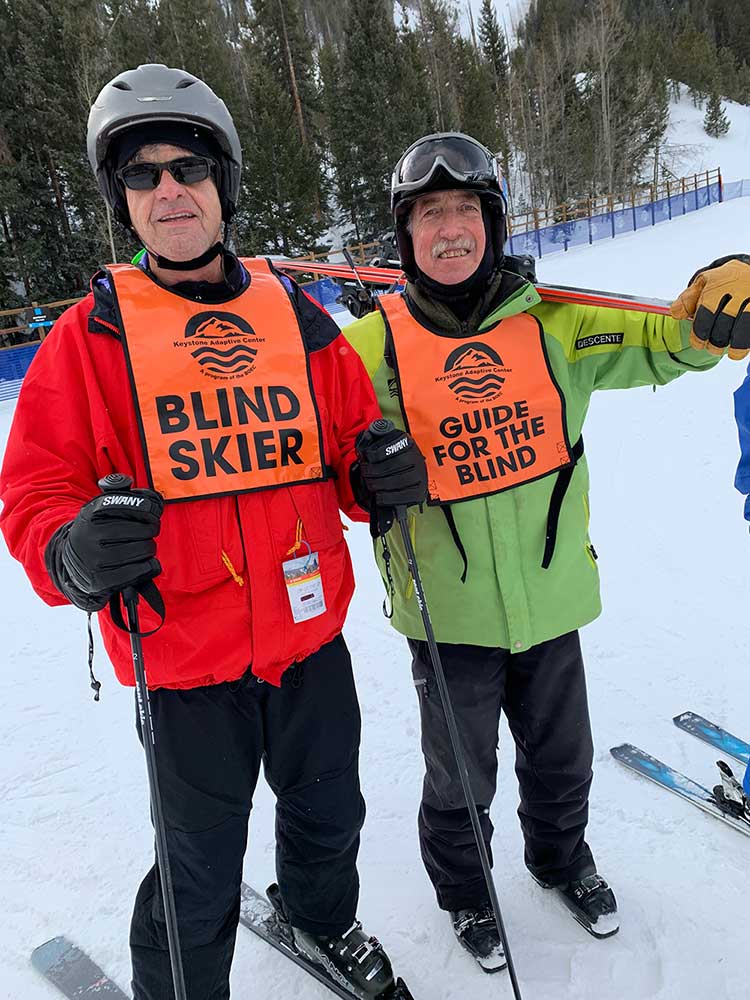 “I try very hard to keep my mind open to new ideas and new ways to teach,” he said. “I try very hard to find out all I can about my student and then try to make a lesson around that. It can take some very creative thinking. For instance, I just had a young man who did not talk much, could ski, but pretty much in a locked wedge. I found out he was big into NASCAR racing, so I made the lesson into ‘let’s be a NASCAR race driver.’ I got him to hold his hands up to steer the race car and it got him more forward and skiing better. I think it takes a very open mind and some very creative thinking. It’s worked for me. I try very hard to be creative as I can and make it as fun as I can.”

BOEC instructor, Jackie Foote, has witnessed Glaser’s teaching methods as well. “I was the lead instructor on a lesson with Lance and a student and I observed firsthand the great rapport Lance built with Mike, therefore enhancing the lesson greatly!” she said. “Day one was on the magic carpet, but by day three we were skiing blue runs. Mike had a wonderful time with Lance!”

Another special student, Alex, has found a special place in Glaser’s heart and the feeling seems to be mutual. Alex has overcome the odds after being born with a rare heart defect that takes the lives of nearly everyone afflicted with this condition. To say she’s a miracle is an understatement. Alex has been skiing with the BOEC for a week every year since 2007 and her mother, Lynn, could not praise Lance and his commitment enough. 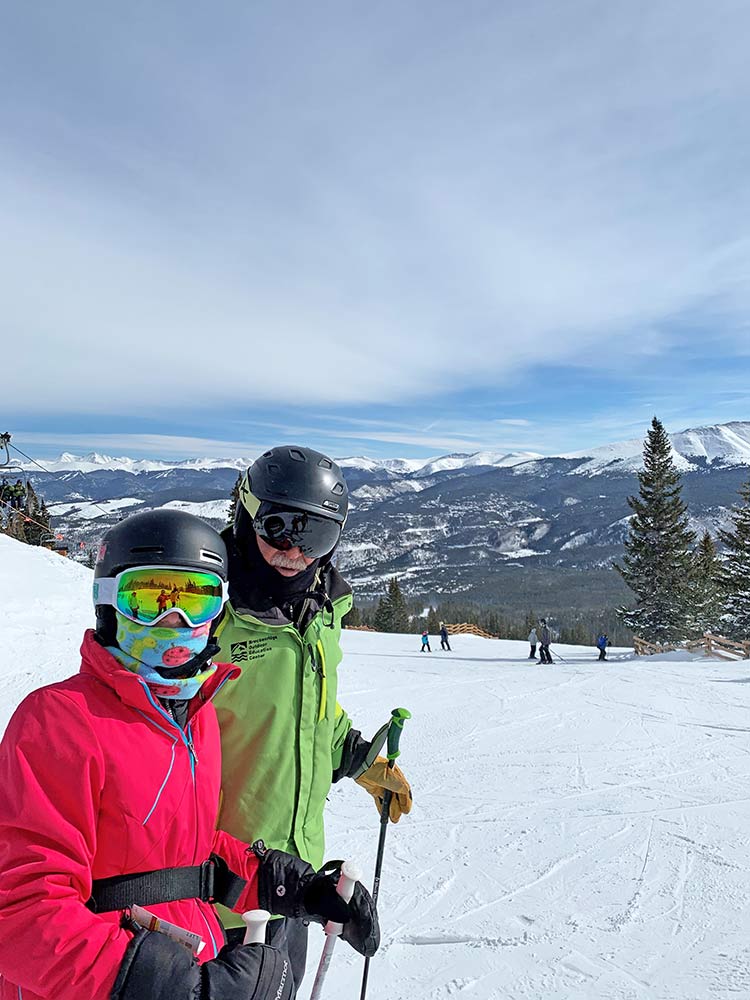 Lance Glaser and his student, Alex.

“I always say that God has a sense of humor in blessing our daughter Alex with the ability to ski black diamonds. Here’s a child who can’t cross the street by herself, yet she has learned to navigate these steep slopes with incredible agility and ability,” she said. “Lance has been Alex’s primary instructor since she was 11-years old, and for the last several years her only instructor. The relationship and bond between Alex and Lance is tangible in what he has taught her to do. Lance is an incredibly gifted teacher who makes the impossible possible. Even though Alex only skis with Lance for a week every year, their friendship carries on throughout the year. We can’t say enough great things about Lance because of what he has taught our Alex and for the friend that he has become to our family. To entrust our daughter, who has such a complex and complicated heart, to Lance shows our trust in him as an instructor, teacher, and friend.”

This feeling is not lost on Glaser as he reflects on his relationship with Alex. “She is the most loving student I have ever had,” he exclaims. “She calls me a week every year. We are very close and she can now easily ski the black runs. Alex means the world to me!”

As you can see, Lance’s novel approach to teaching makes a difference in the lives of so many, and 25 years later he is still keeping it fresh. When asked about any advice he has for new instructors and volunteers, he said “Just do your very best. We do win most of the time, but there will be days that we do not, and that’s OK. It’s the nature of what we do. We win way more than we lose.”

And it’s that attitude that has made Lance Glaser one of BOEC’s most prized volunteers year after year. It’s people like Lance – and all of our other valued volunteers – that makes BOEC so special and sets us apart from the rest.

“Our volunteer program is such an important aspect of our Adaptive Ski & Snowboard Program and our ability to provide top-notch instruction to all our participants,” said BOEC Ski Program Director, Jeff Inouye. “Lance is a wonderful example of the over 300 volunteers that generously give their time to our program.”