That’s a Wrap from the 13th Annual Banff Film Festival

The 13th Annual Banff Mountain Film Festival is in the books and wow, what can we say, the weekend events were simply incredible! The Breckenridge Outdoor Education Center (BOEC) once again teamed up with the Banff Centre For Arts and Creativity this year, and for the second time ever, offered two nights of some of the most inspiring and thought-provoking action, environmental and adventure films in the world at the Riverwalk Center in Breckenridge on Friday and Saturday, February 25 & 26, 2022. 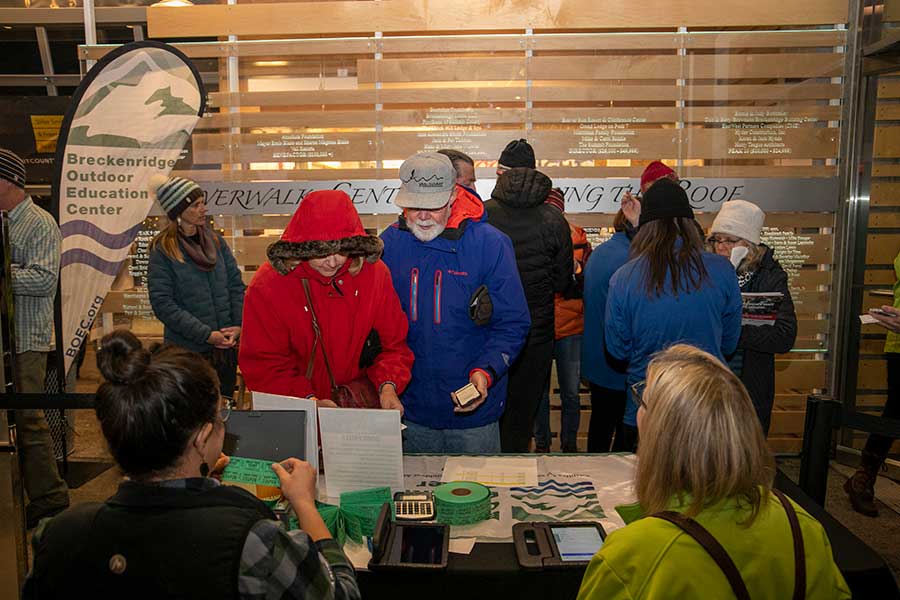 The BOEC was very happy to be able to bring back this ever-popular event after the pandemic  – and then severe weather conditions – forced us to cancel any planned indoor and outdoor festivals in 2020. Our organization depends on revenue that is generated from the Banff Film Festival to support its programs for adaptive recreation and outdoor education, so this was a welcome addition to our fiscal year budget after grossing a record $76K over the two nights. We are grateful to the 1,100+ enthusiastic individuals who came through the doors over the weekend, raising nearly $20K in ticket sales alone. 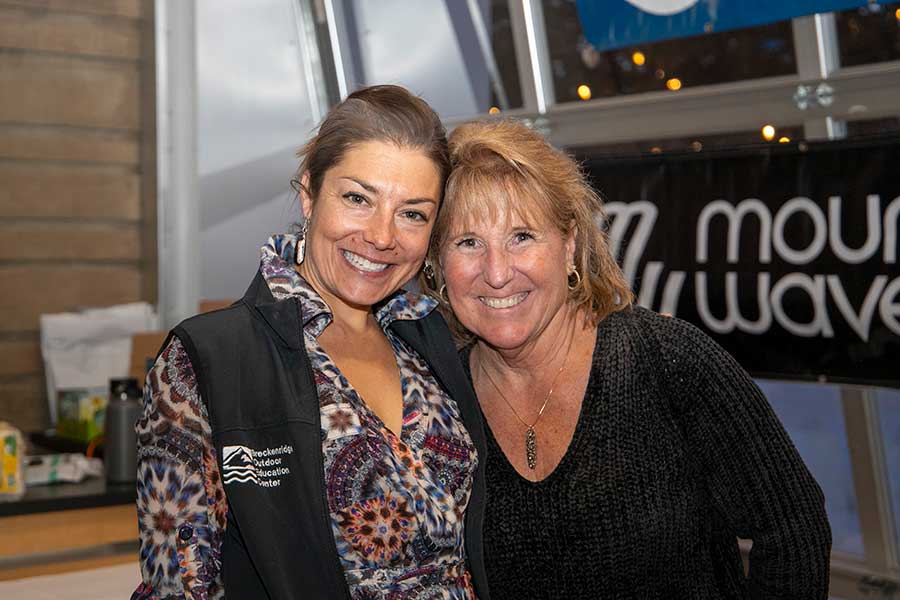 A total of 13 films were screened, ranging from five to 49 minutes in length. Seven films were shown on Friday night and six on Saturday night, and according to an audience vote, A Dog’s Tale and Precious Leader Woman (tie) were the Friday favorites while Markus Eder’s The Ultimate Run and A Foreign Native (tie) were the Saturday favorites. Congratulations goes to Robin Bruns from Clifton Forge, VA and Judah Veitelf from Fort Collins for winning a $100 gift certificate to Breckenridge Grand Vacation spas as the winners of the People’s Choice award.

For a list of all the films screened over the weekend, please visit https://boec.org/banff-mountain-film-festival/#livefilms. 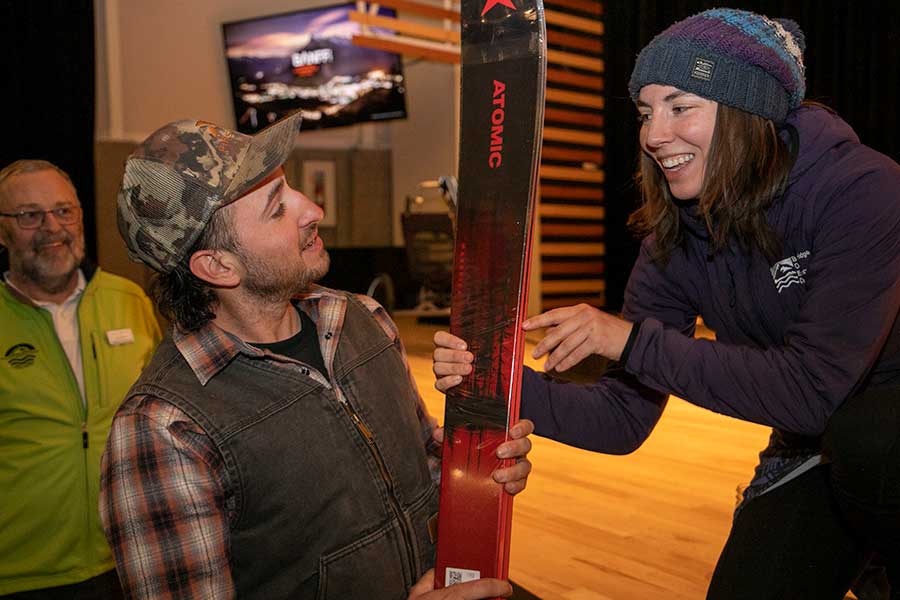 A lucky winner of Atomic Skis, handed to him by BOEC Internship Manager Kat Booth.

In addition to this exciting lineup of films, a number of in-kind donors stepped up to support BOEC by donating a multitude of items for the door prize giveaway which raised nearly $8,000 for the BOEC! Prizes ranged from backpacks and sleeping bags from Mammut to a brand new pair of Maverick 95 TI Skis from Atomic to a Jack Daniels YETI cooler from Brown-Forman. Audience members lined up each night to view these and other items from Christy Sports, Copper Mountain, Frisco Marina, Kari Traa, Krimson Klover, Locals Liquors, Mountain Outfitters, Sealskinz, and Swany. Thank you to all of you for your gracious donations! 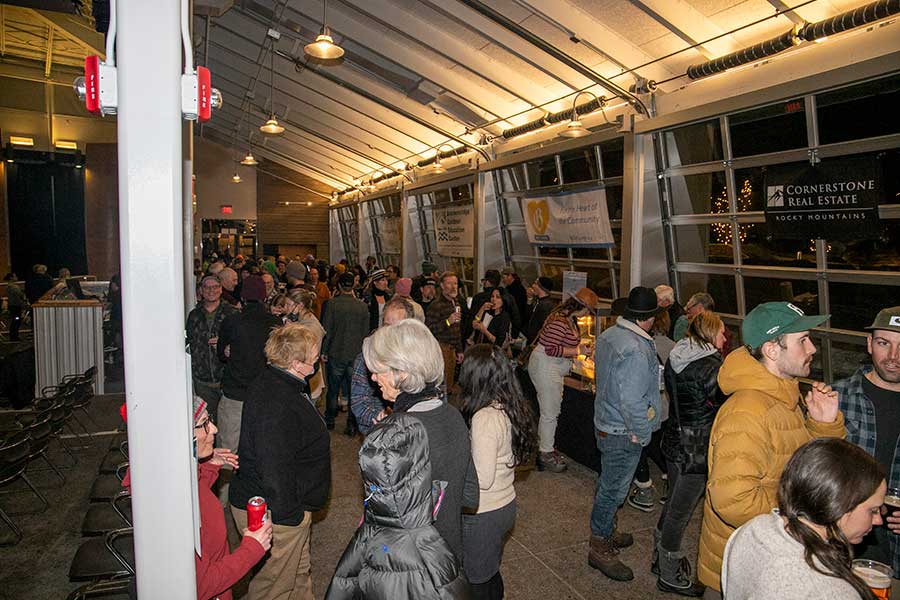 Sponsor banners adorn the back wall of the Riverwalk Center as guests arrive.

Over $43K in sponsorship was raised this year from local businesses who without their support this event simply would not be possible. Breckenridge Grand Vacations and BGV Gives stepped up to the plate yet again as the Premiere Sponsor, while Cornerstone Real Estate Rocky Mountains came in as our Mount Massive Sponsor. We also welcomed back FirstBank and The Town of Breckenridge, and added new sponsor, Gravity Haus, with their Mount Harvard sponsorships, and were happy to have Blue River Sports/Mountain Wave as the Blanca Peak Sponsor, and the Breckenridge Nordic Center, Slifer Smith & Frampton Real Estate and Christy Sports on board as La Plata Peak Sponsors with their generous contributions. A very special thank you also goes out to BreckCreate for providing the venue and technical support and Krystal93 for its media sponsorship. The BOEC feels blessed to have such widespread community support. 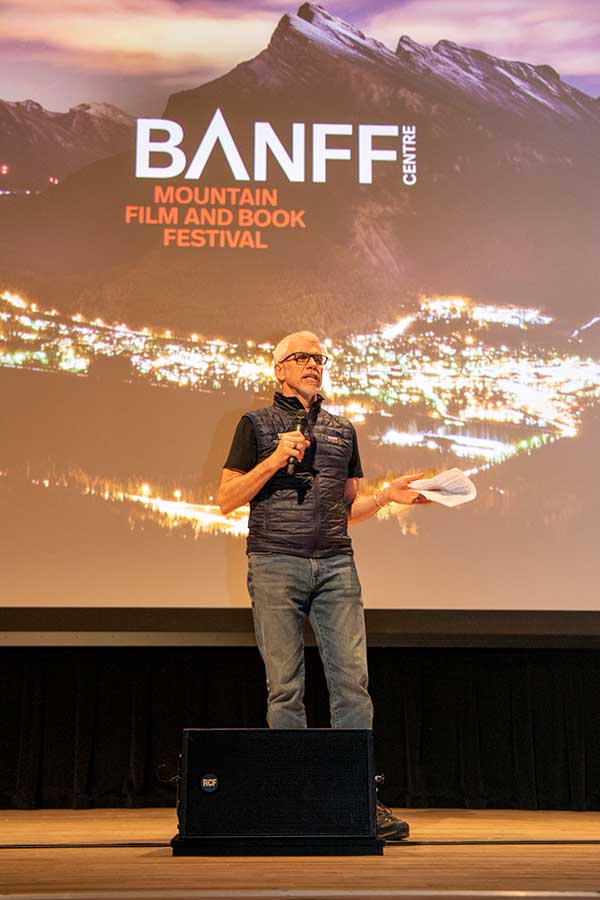 And finally, in addition to the tireless efforts of BOEC’s full-time staff, we had many volunteers on hand each night to help us run a smooth event by checking your tickets, dishing out popcorn, assisting with door prize ticket sales and prize distribution, and many other important roles! As is the case with our winter and summer programs, we could not do what we do at such a high level without the support of this dedicated group of individuals.

Thank you to our volunteers, Breckenridge Mayor Eric Mamula for emceeing, our staff, our sponsors, our in-kind donors, our attendees and everyone else that had a part in making this year’s Banff Film Festival a success. We hope to see everyone again next year on Friday and Saturday, February 24 & 25, 2023 for the 14th installment of this wonderful event! 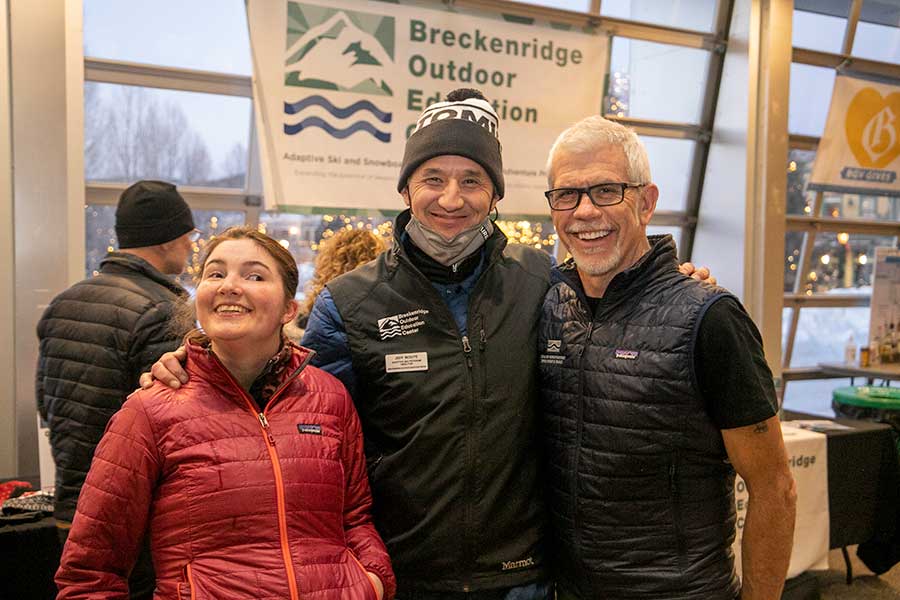 In the meantime, though, you can get your Banff fix – and support the BOEC while doing it –  nearly year-round from the comfort of your living room with the Banff Virtual Tour. There are currently two awesome lineups of virtual films available online until October 23, 2022 that can be purchased for $15 apiece or $28 for both. Simply visit https://boec.org/banff-mountain-film-festival/#tickets to purchase your tickets and to find out more about this exciting opportunity.

That’s a wrap from this year’s Banff Mountain Film Festival. Be sure to check out our next fundraising event, also in its 13th year, the Tee It Up Golf Scramble to be held at the Keystone Ranch Golf Course on Monday, August 22nd. Until then, thank you from the BOEC staff and board.

To view all photos from the event, click here.