You can take the kid out of Breckenridge Outdoor Education Center (BOEC), but you simply can’t take the BOEC out of the kid. After a decade of working as an intern, instructor, and staff member, Earl Richmond just couldn’t stay away. His BOEC career officially ended in 2002 but as time went by, Richmond, now 50 years old, felt the organization calling to him time and time again which led to him coming back in an entirely new capacity … as an ambassador for the Town of Buena Vista (BV). 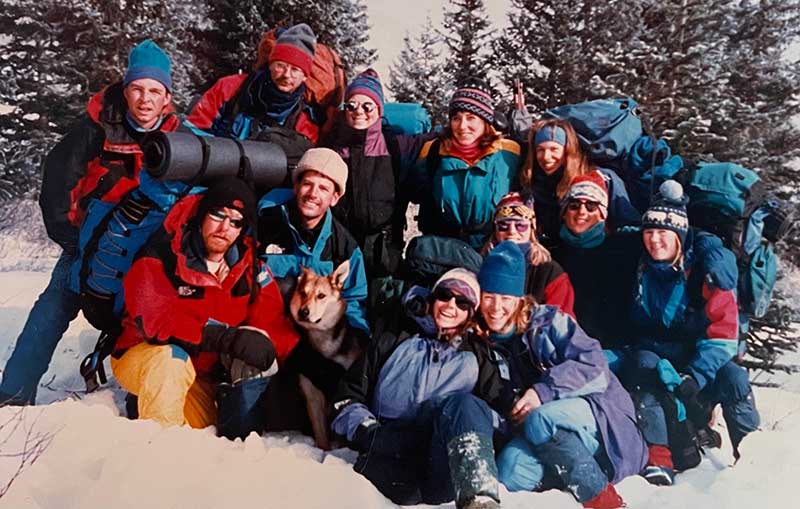 Earl Richmond on a winter intern camping trip in 1992.

Richmond’s journey started in the winter of 1992-93 as the 21-year old University of Oregon senior was looking for an internship to graduate with his degree in Outdoor Education and Recreation. It was a chance encounter when visiting Maggie Pond for a jazz concert that he happened upon the BOEC and ultimately started out his 10-year sojourn when he was accepted into that year’s Winter Internship Program. After his first-year internship expired, Earl moved on to being an instructor in both the summer and winter programs, to Internship Coordinator for a couple of years, and then back to teaching adaptive skiing to finish things out in 2002.

“I thought I would come out for a ski season and then you know how that goes,” says Richmond. “That story you hear all the time. Come for the winter and end up staying for the summer and that’s it.”

The Santa Monica, California native had always dreamed of moving from sunny Southern California to a ski town while growing up, and the BOEC ultimately gave him that chance. His first year internship got him hooked on the mountain life. 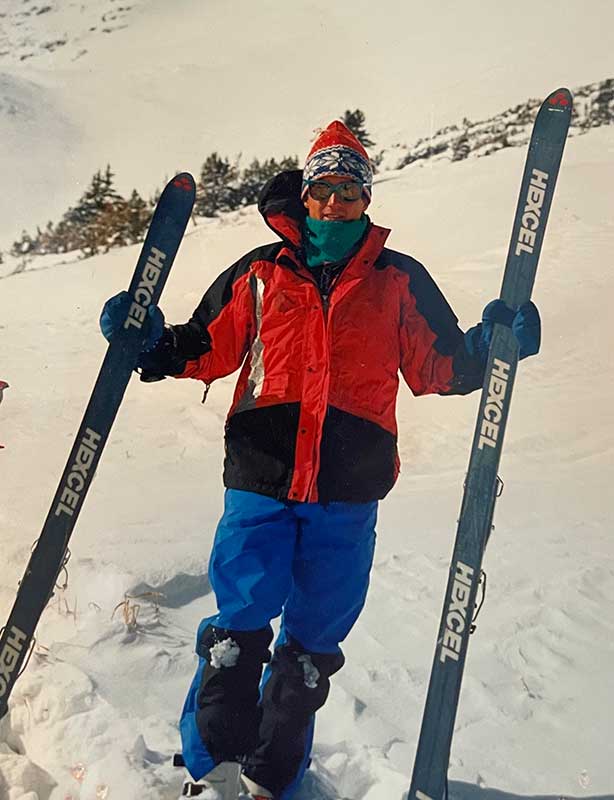 “I love skiing and everything snow oriented,” says Richmond. “So, I thought to myself ‘this is perfect, I’ll take this job because I always wanted to be a ski bum and this could be a good start to becoming a ski bum.”

To the contrary, however, Richmond never really became that “ski bum” that he envisioned. While he got in his share of days on the hill over the years, some might say the BOEC lit a fire in him and gave him some goals to strive for. After leaving the BOEC, Earl and one of his intern classmates, Chad Gorby, embarked on a learn to kayak operation that started in the Breckenridge area and eventually moved them to BV. The 15-year adventure into the kayak world was a very rewarding experience for the now BV Recreation Manager, but he couldn’t shake the BOEC from his veins. At the beginning he would be able to get back to Breckenridge four or five times a year, but as he got busier and busier it was simply hard to find the time. That’s when he came up with a new way to renew his passion and get back to the BOEC.

It all started when his daughter was in grade school and Earl naturally found his focus to be on the special education program and the lack of outdoor recreation opportunities available to them in BV. A light went on in his head and he formulated the idea of bringing a group of these kids to the BOEC each winter, an idea that satisfied two of his goals. 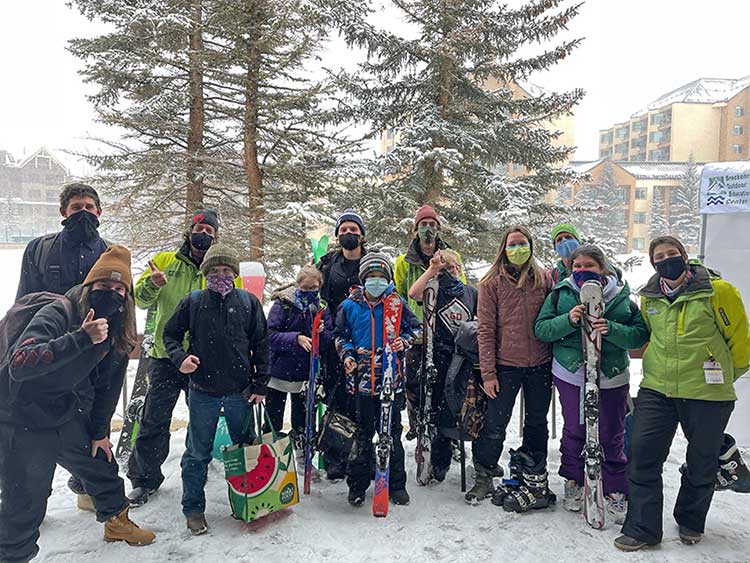 A group of Buena Vista students visits the BOEC.

“I was able to take care of our kids’ needs here in the Valley, but also reconnect with the BOEC again,” he says. “So that was the impetus of the concept, it was twofold. We would take four kids from each of the three schools to the BOEC three times a year.”

And so the BV group – filled with 12 youngsters with a mix of special needs, learning disabilities and physical disabilities – was formed and has now become a staple of the BOEC’s winter season. Since Richmond is volunteering his time to organize and execute this program, he also has to find a way to fund it. That’s when he quickly realized the impressive sense of community in BV as his ski movie fundraisers continue to sell out year after year and provide the funds for a year of skiing for Earl’s bunch.

“The story was pretty easy to sell to merchants and other retailers in town,” remembers Richmond. “People ate it up as they all wanted to be part of this valuable fundraising effort.” 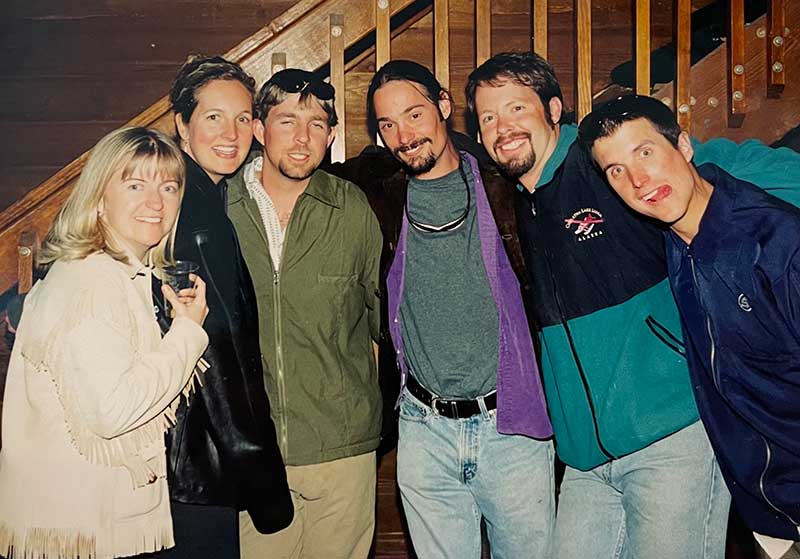 Earl and fellow BOEC staff members at a party in 1995.

While Earl does not get back to tethering and instructing lessons, the experience brings back a ton of good memories of years gone by and a renewed fondness for the BOEC. It’s the experiences that he points to that he wants to expose his group to.

“Not only the experience on the teaching side, but the coworkers and the families that you would meet really made a huge impact on me,” he says. “The impact that you have every day on people’s lives is pretty powerful. This all kept me engaged for many years and was something I wanted my BV kids to experience as well.” 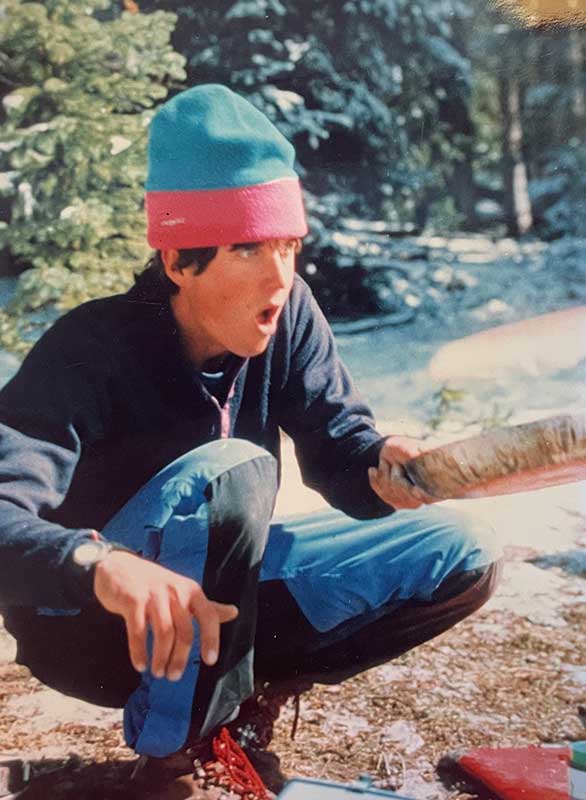 And experience it they have as Earl has been bringing his group to the BOEC for 10 years now, and each excursion provides that everlasting impact on his students.

“After the trip is over, they’re all jazzed,” says Earl. “I see it in their eyes, in their tone, and in their conversations on the bus ride home. They’re super-duper excited and they share it right away with their friends and classmates. Their teachers always text and email me saying what a great time they had and how impactful this was on their lives.”

None of this is not lost on Earl himself.

“It obviously makes me feel great,” he says. “As I get older, I’m less focused on what’s good for me and if I can do good for others it just makes me feel better. I feel better giving than receiving, and that’s fun.” 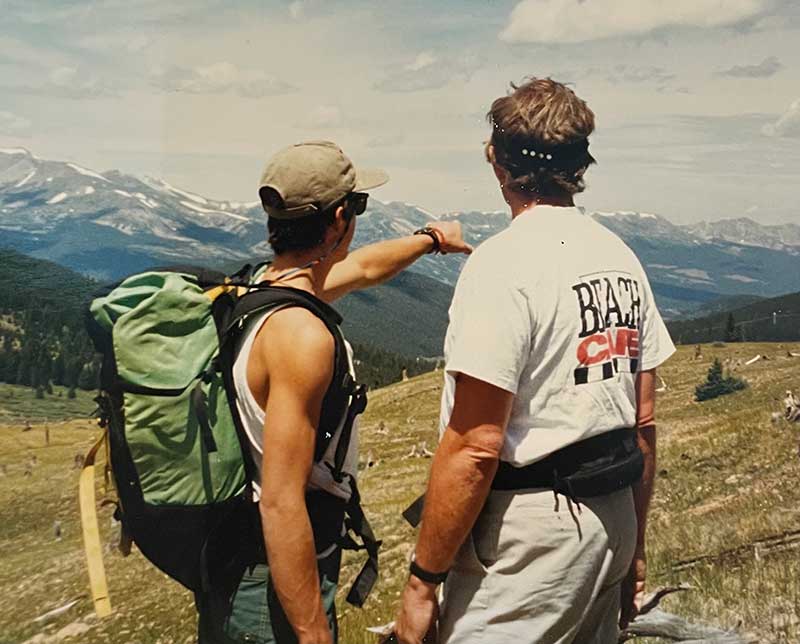 Earl shows his dad a newly discovered Breckenridge in 1993.

So, after 10 years working for the BOEC and another 10 years bringing his enthusiastic group to ski with the BOEC Adaptive Ski and Snowboard Program, one could say that Earl is a member of the BOEC family for life. Spoken like the true ambassador that he is, Richmond says,”I would just encourage anyone that is spending the time to read this, to get to know the BOEC more. Through all the different channels, either sign up for a program, consider volunteering your time, donate to the BOEC, or even look at the internship program because it will be very rewarding and a great experience. I can promise that. You’ll change someone’s life for sure, maybe your own life as well.”

As stated before, you simply cannot take the BOEC out of the kid. And, Earl Richmond is certainly a perfect example of that!