There’s got to be something special going on with the number 27. According to The Secret of the Tarot, “The number 27 expresses a love for and interest in the well-being of humanity and one who is diplomatic and wise. This number is about non-judgment, compassion, and tolerance of others and their beliefs.” Who knew a number could be so profound? Well, after reading this it makes total sense that the number 27 also depicts the exact amount of years that Adaptive Ski & Snowboard Program Director, Jeff Inouye, has been involved with the Breckenridge Outdoor Education Center (BOEC). It’s not surprising because Jeff has exhibited extreme compassion, passion, tolerance and a general love and interest towards his students, staff and the entire BOEC organization for the past 27 years. 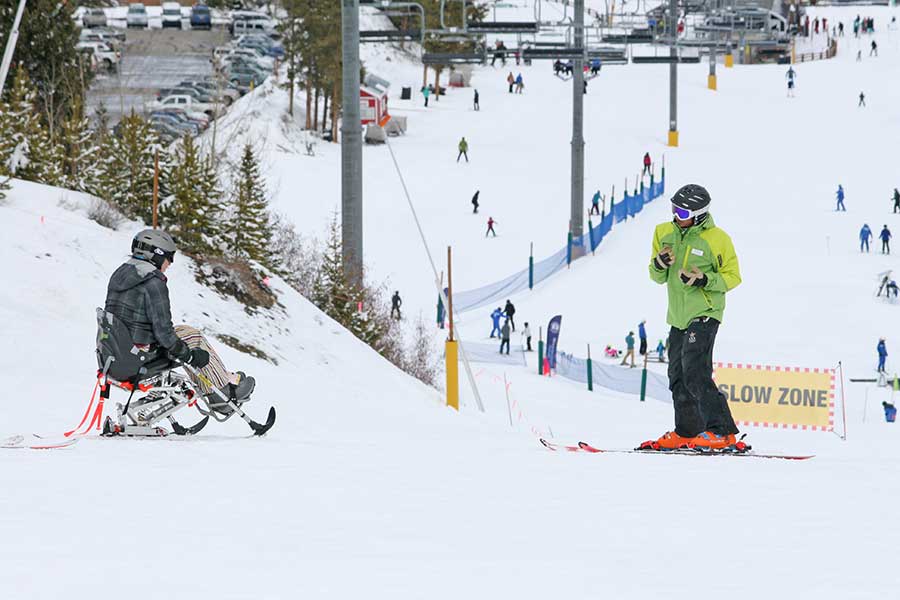 It all started in the winter of 1993 (27 years ago) when California’s loss became Colorado’s gain. Jeff, a native Californian, moved to Breckenridge to simply spend a few years working and skiing like many others have done before him. But in this case, his life took a profound turn when he happened to find his calling at the BOEC and never looked back. He started as an Adaptive Ski & Snowboard Program Volunteer, a role that lasted just two short years before joining the staff as a paid ski instructor in 1995. He then made quick work of things as just five years after his initial foray with the BOEC, Jeff joined the full-time ranks as the Assistant Director, a role he occupied for 19 years before taking over the helm as Ski Program Director in May of 2017. A position that is the culmination of his 27 years, something that is not lost on him.

“Being the director of the ski program has been an incredible experience,” Inouye reflects. “I have seen the BOEC grow in many ways over the past 27 years and it’s an honor to help lead a program that I have seen and helped to grow into one of the best adaptive programs in the country.” 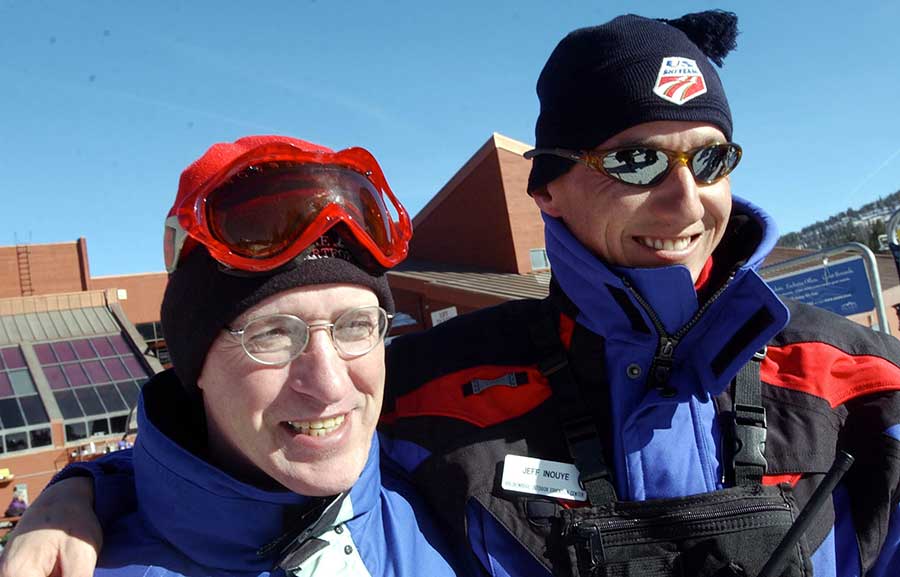 And while, yes the program has grown, Inouye has done a bit of growing himself and we’re not just talking about his height. He went from being the prototypical ski bum to finding a forever home teaching in the tight-knit adaptive ski world, something he recognized in himself very early on in his journey.

“As a volunteer for the ski program I realized I had a knack and passion for teaching adaptive skiing and the industry in general,” he said. “So I decided to try and make a career of it. The experiences and outcomes I have witnessed have been invaluable for me as a person and a professional.”

When asked about what has kept him passionate about his job, Inouye points to the adaptive ski community as his source of inspiration. He says, “The adaptive community is a very close, tight-knit community, especially with adaptive skiing. There’s a true sense of sharing and community among all the adaptive programs in the country and that source of togetherness is really what it’s all about.”

On a more micro level, it’s the participants – and the rewards that come from seeing them succeed – that makes Jeff’s job even more meaningful. He enjoys a great many things about teaching a lesson (when he actually gets to do it) but witnessing the joy and excitement on a student’s face when they make their first turns is tantamount to anything else. In fact, at this point in his life, he can’t even think of doing anything different, a pretty strong statement that he is in the right place for all those involved.

“I’m not sure what I’d be doing if I wasn’t with the BOEC,” he states. “Whatever it might be, though, I’m pretty sure it wouldn’t be nearly as rewarding or meaningful.” 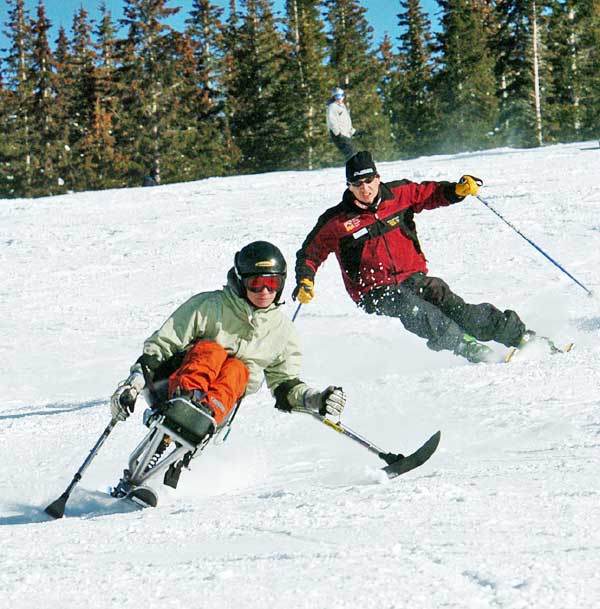 Jeff and Paralympic skier, Sarah Will

And while it seems that Jeff has been very fortunate to find the BOEC, in turn, the BOEC is blessed to have found him. It’s a pairing that simply makes sense in so many ways. In his 22 years in the front office Jeff has worked tirelessly to fine-tune the “BOEC experience,” an experience that brings long-standing clients back year-after-year to experience this “magic.”

“I believe these groups return annually because of the unique experiences we provide and ultimately because of the passion, experience and professionalism exhibited by our top-notch staff, instructors and volunteers. When you have special people around all the time it really is magical.”

In fact, as Inouye reflects on what a theme for the BOEC might be, he immediately goes to “passion.” Passion for the students, passion for the community, and passion for the staff. He encapsulates BOEC into just three words; (1) community, (2) commitment and (3) leadership. And Jeff embodies all of this perfectly! While it might not be pertinent to look forward to what the next 27 years holds for the BOEC, he offers some insight into what he wishes for over the next 10 years.

“Expansion is something we’re thinking about. Throughout the ski season, we typically have many people on a waitlist during busy times. We also have many groups that would like to bring their students more often. So it would be great to be able to expand our facilities in order to serve more clients. Our potential new office on Peak 8 in Breckenridge is a great example of how we are looking to expand our capabilities of providing lessons to more people.” 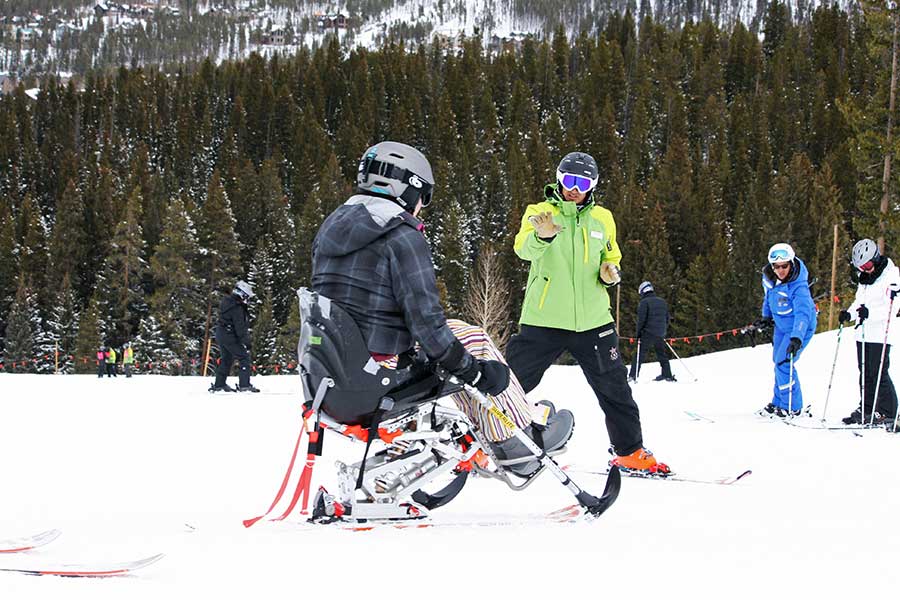 It’s certainly a nice problem to have for the organization. While it’s difficult to turn down lessons due to capacity, ultimately it’s comforting knowing that there is an abundance of need out there for BOEC’s services. And with Jeff at the helm, you can be sure that somehow, someway he will meet those needs. That’s just the type of person he is and it’s his way of giving back to the people and the organization that has given him so much.

“The BOEC has been my life and my family for 27 years,” he says. “It has been a major part of shaping me into the person I am today,”

Right back at you Jeff. Here’s to another 27 years! 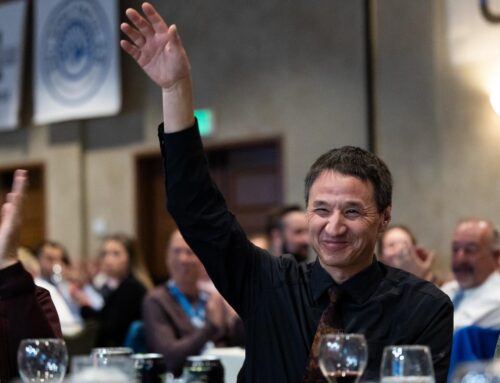 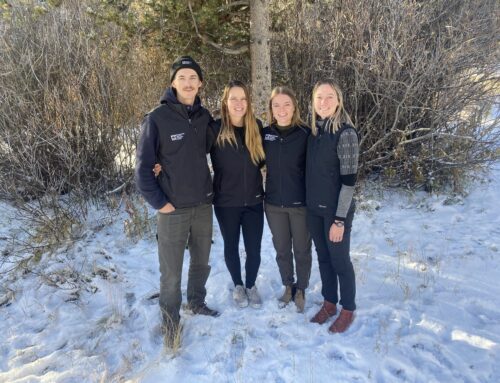