Growing Up Together: Dick Carleton, BOEC and the Town of Breckenridge

Located in the center of downtown Breckenridge, Colorado, Mi Casa Mexican Restaurant & Cantina has been a Breckenridge staple for 40 years. In fact, this locals’ favorite establishment is the longest standing same owned restaurant operating in Breckenridge. One could say that it is Mi Casa’s core values of: great food, superior hospitality, respect for the individual, and connection with the community that factor into this 40-year run. And it’s the latter part, connecting with the Breckenridge community, where Managing Partner, Dick Carleton and his relationship with the BOEC comes in.

After graduating from Virginia Tech University in 1979 with a business degree, the self-proclaimed rebel started doing the “seasonal thing,” bouncing around the United States doing what a typical 18-year old would do (use your imagination). A one-week ski trip in Vermont turned into an entire winter. Then the Florida Keys for six months and Newport Beach in California for another six months. You get the idea. But it wasn’t until 1980 when he came to Breckenridge for what was supposed to be one winter, that it stuck and he hasn’t left since. 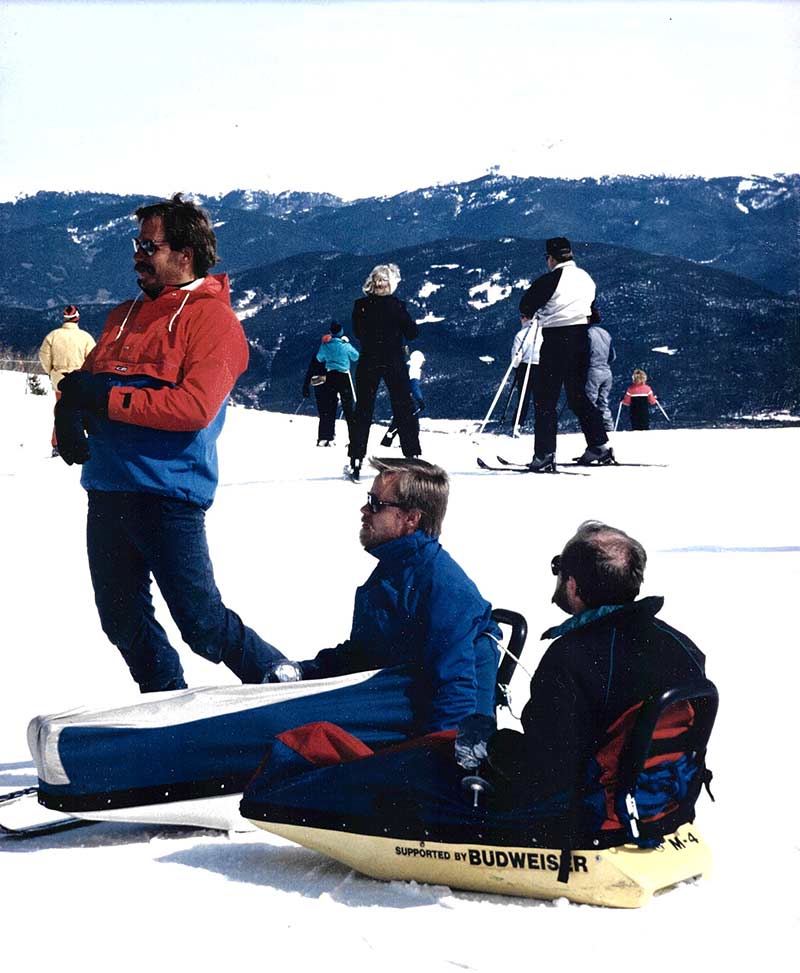 Dick Carleton volunteering with the BOEC in its early days

“It fit me at the time and still does I think,” fondly remembers Carleton. “I came to ski obviously, and I was doing ski resorts and beach resorts, but I found Breckenridge to be a very welcoming place. You could be yourself and it never felt like you were supposed to be a certain way. It welcomed people for who they are.”

So the son of a World Word II Navy Veteran had found a place to call home at the ripe old age of 24. He arrived with a ’69 Volkswagen bug, $100 in his pocket and three friends to share a small two-bedroom condo with. But one could say that Breckenridge and Dick Carleton grew up together as he jumped into the restaurant business in 1981, married his wife Cathy of 27 years, had three kids and eventually became a town council member.

“It was a very different place in the early ‘80s and I was a different person,” says Dick. “I was a young and somewhat wild kid back then and just kind of living life to the fullest. As I matured and started to grow up, so did the town. I think I’ve been lucky.” 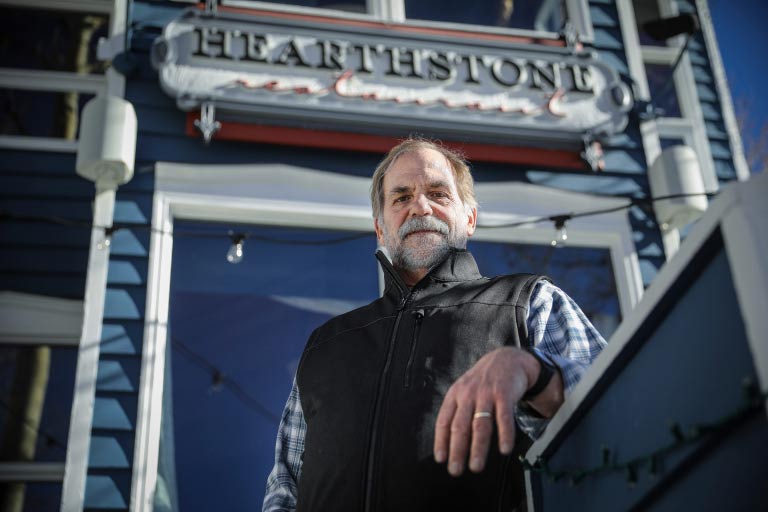 Dick in front of Hearthstone Restaurant in Breckenridge

And that luck began when Carleton took a job waiting tables at Mi Casa in the fall of 1981 and subsequently met his current business partner and philanthropist Alexandra Storm. He quickly moved on to a managerial position, and once the opportunity to buy into the restaurant presented itself, he jumped at the chance. One thing led to another and now 40 years later the two also own and operate another local’s favorite and sister restaurant named Hearthstone. True to his quiet and humble nature, Dick credits Storm – in addition to a bit of luck – for a lot of his present-day success.

“I was very fortunate to walk in to that restaurant [Mi Casa] at that time and meet Alexandra,” Carleton remembers. “She’s an incredible lady and we have over 35 years of a partnership. She’s been very good to me, but Alexandra is also incredibly generous and a very giving person as well. There’s many stories of her philanthropy and helping people that she and her foundation [Alexandra Storm Foundation] have done over the years. She does it very quietly, but very powerfully. So, I learned a lot from her as well.”

The next part of this story, however, definitely was not luck. Around the same time as his introduction to Alexandra Storm and Mi Casa, Dick happened upon the Breckenridge Outdoor Education Center (BOEC) and immediately hopped on board as an adaptive ski volunteer, something that spurred his own sense of philanthropy in the community. Not only did he eventually sit on BOEC’s Board of Trustees, Dick also served on the board of Tipsy Taxi and was one of the founding members of the Breckenridge Restaurant Association. More recently, he has served on the Summit Foundation Board, multiple Town of Breckenridge (TOB) advisory committees, numerous HOA Boards and is now serving on the Town Council. But out of all this, the BOEC holds a very special place in his heart. 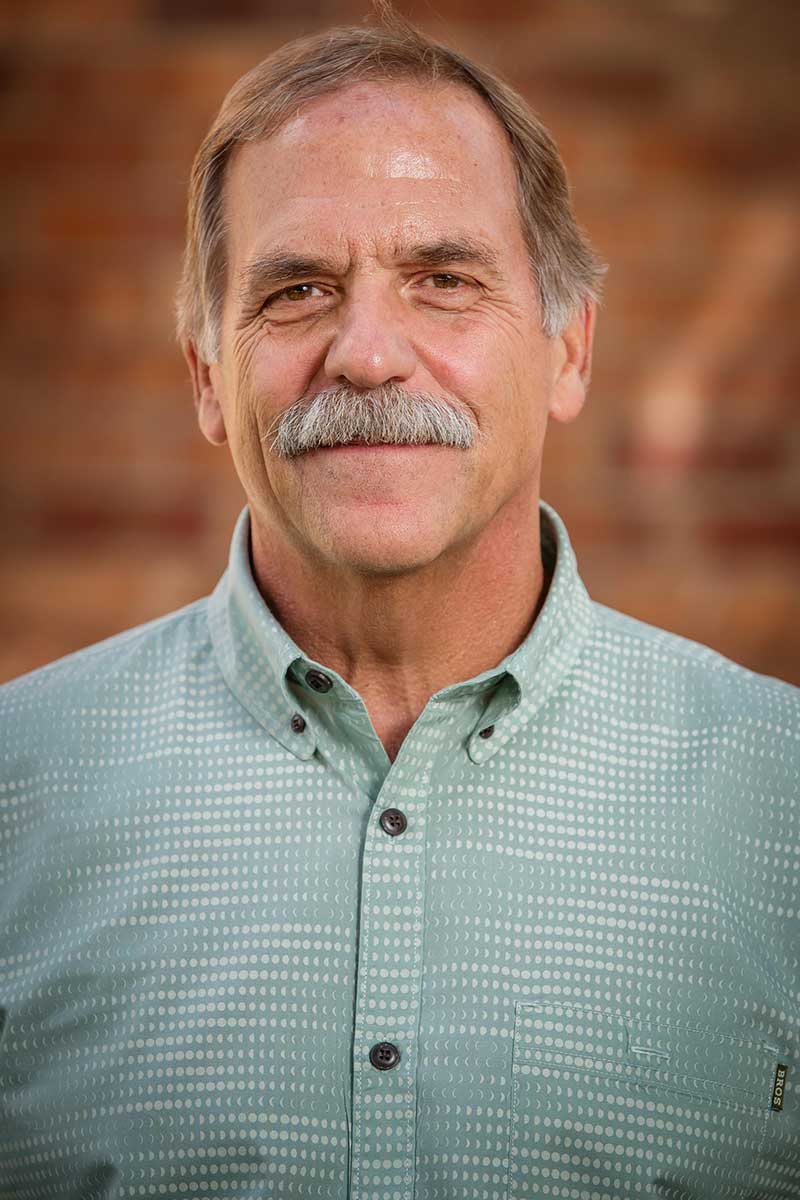 “The BOEC really started it all for me,” says the 64-year-old Carleton. “It was the first organization that I volunteered with when I moved to Breckenridge. And wow, that was a very rewarding and powerful part of my young adult life in Breckenridge. That experience really put my life in perspective at the time.”

And it’s in these lasting effects of his experiences with BOEC that the annual Cinco de Mayo Celebration was born in the ‘80s with a two-fold purpose. First of all, at that time in May in Breckenridge there wasn’t much going on, so it began as a party for the locals all to come out. Secondly, it was so well received that he decided to turn it into a fundraiser for the BOEC, a tradition that continues on today.

“Back then in May we were one of the few places open,” says Carleton. “So we thought heck, the Americans like to celebrate this day and it’s a good day for Mexican restaurants, so let’s throw a party and let all the locals come out. And let’s try and do something good with it and so we gave proceeds to the BOEC and started the tradition. It’s really fun and it’s still a party where a lot of the old locals come out.” 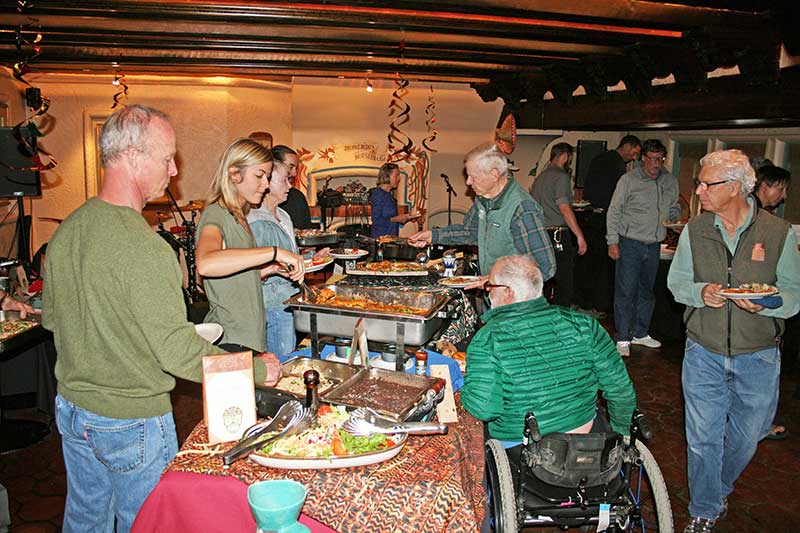 To date, this event has raised over $500,000 for the BOEC and its adaptive programs, but last year due to the coronavirus pandemic, the event was cancelled for the first time in its 30-plus year history. This is something Dick Carleton does not want to see happen again.

“We’re absolutely going to do it this year and we’ll adapt as we need to,” he boldly says. “The team and myself really want to see this event bring in more proceeds and support for the BOEC, and we see this as a chance for the BOEC to try and catch up a little after this tough year. There’ll be an opportunity to maybe give in a little bigger way for those that can.”

This generous feeling of needing to support BOEC runs deep in Carleton’s veins. The BOEC coincided with his move to Breckenridge and jump started his civic duties in the community. And he fondly remembers one story from his days as a volunteer that really encapsulates himself, the BOEC and their journey together over the years. One day at Breckenridge Ski Resort, himself and the former ski director, Gene Gamber, ran into a lady in a wheelchair and struck up a conversation. The two quickly realized that she wasn’t there to participate with the BOEC, but instead was there to support her family while they skied. Gene talked her into taking an adaptive lesson, one that Carleton was lucky enough to be there for on her first day. A day where she ended up skiing with her teenage boys and her husband together for the first time. 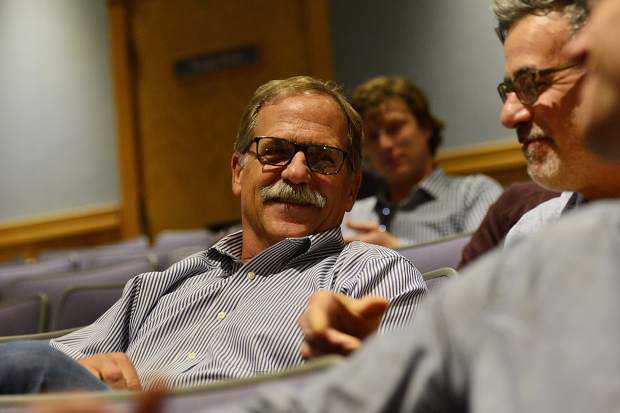 “She looked up at me at the end of the day and said ‘I never thought I could ski with my family.’ I will never forget that moment for the rest of my life,” he says. “I really believe that completely changed her life and opened so many doors for her. And there are so many stories like that with the BOEC. It makes you realize how lucky we are and how much we have and it has a funny little way of putting life in perspective.”

And put life in perspective, Dick has. He has come a long way from the wild kid that arrived in Breckenridge 40 years ago. He is now the managing partner of two long standing Breckenridge restaurants, is a pillar of the community as a Town Council Member, a father of three teenagers that were born and raised here, and a continued supporter of the BOEC. Dick Carleton, the BOEC and the Town of Breckenridge seem to go together like milk and cookies. That business degree, waiting tables at Mi Casa and introduction to the BOEC in the early ‘80s seemed to have played out exceptionally well for him. And it certainly seems that everyone Dick crosses paths with ends up on the right side of better. But again, his humble nature won’t allow himself to take all the credit. 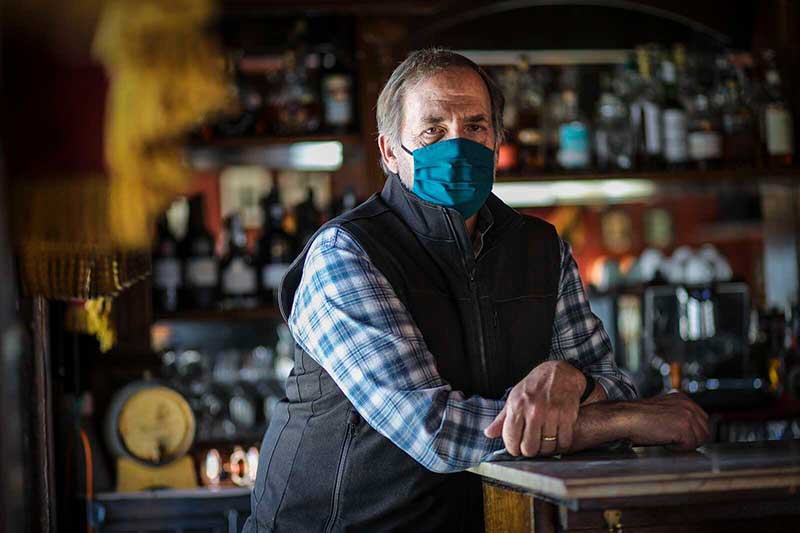 Dick holding down the bar at Mi Casa

Well, if the BOEC could clone you, Dick Carleton, we’d take the first order of a hundred! Thank you for all you do for the BOEC and for your community.

Photos courtesy of the Summit Daily News and the Colorado Sun.