If you’ve been in Summit County long enough, you’ve undoubtedly heard of ifurnish. Not necessarily because of any sort of widespread advertising campaign but more likely because of the company’s predominance in supporting many of the areas nonprofit organizations however they can. While, yes, ifurnish’s proprietors, Tony and Kelly Pestello, do run a very successful furniture business, the business of helping people goes way beyond the storefront. Since their move to Summit County in 2005, helping people has been a sort of mantra for the two native Minnesotans. Merriam-Webster refers to philanthropy as “goodwill to fellow members of the human race, especially an active effort to promote human welfare,” and Tony and Kelly embody just that … including when it comes to the Breckenridge Outdoor Education Center (BOEC). Tony and Kelly Pestello are a special example of what this community is about. This is their story. 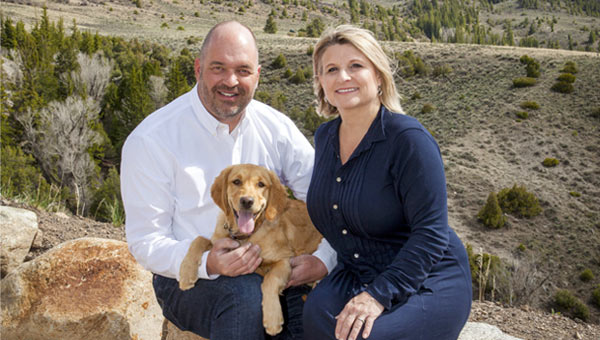 Let’s briefly start at the beginning of how this all came to fruition. Summit County, Breckenridge in particular, was already a sort of second home for Tony Pestello after his parents purchased a home in Breckenridge in 1979. His annual visits turned into multiple visits a year, and as time went on, the mountain life of Summit County came a calling. As Tony moved into adulthood, got married to Kelly and had four children, the Pestellos decided to merge their love of the mountains with reality when they picked up and moved the family to the Centennial State and haven’t looked back since. And what a lucky stroke of fortune it has been to Summit County and its community that the Pestello family chose our neck of the woods to call home.

Tony grew up working for relatives in the furniture industry starting at the ripe old age of nine, but over the years the ins and outs of the business began to wear on him. So, a new place to live and a perceived need in his new community renewed his passion for the furniture business. He started up More Space Place at first – a Murphy Bed, custom closet space, small furniture establishment – and did that for about 10 years. However, five years into his new venture Tony recognized the need for affordable furniture in the community where “an average Joe like me who works hard every day can buy furniture.” And the concept for ifurnish was hence born. 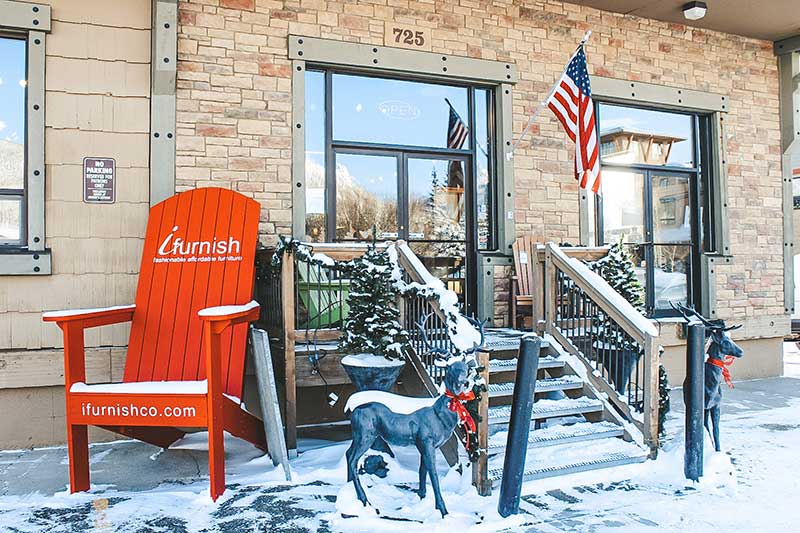 “I was constantly listening to what the consumers were saying,” says Pestello. “What our locals wanted, what our second homeowners wanted. I decided it was time to evolve and give them what they need.”

ifurnish opened its doors to a 5,000 square-foot space in 2005 and has since expanded to a more than 13,000 square-foot space in its current Frisco location. And while this physical setting is indeed important for showing off its products to its customers, the philanthropic side of things is a unique combination of what makes Tony, Kelly and ifurnish so darn special.

“After all of these years working in the furniture business, I realized there’s two things that I like to do,” says Tony. “I like to solve problems and I love to help people. Helping people find furniture for their home and making them happy. It sounds so elementary but there’s few places that people are happy and one of them is usually their home. It might sound goofy but for the most part people are happy buying new furniture. It’s not like going to buy tires for your car. Everybody hates buying tires, right? You go to buy tires and you’re mad because one popped or they’re worn out. You have to spend $900 on a new set of tires and that’s not fun. It’s not sexy. You can’t really show off your new tires to your friends. But a new couch on the other hand, it’s good looking, it’s sexy and you get to sit in it and show it off to your friends.” 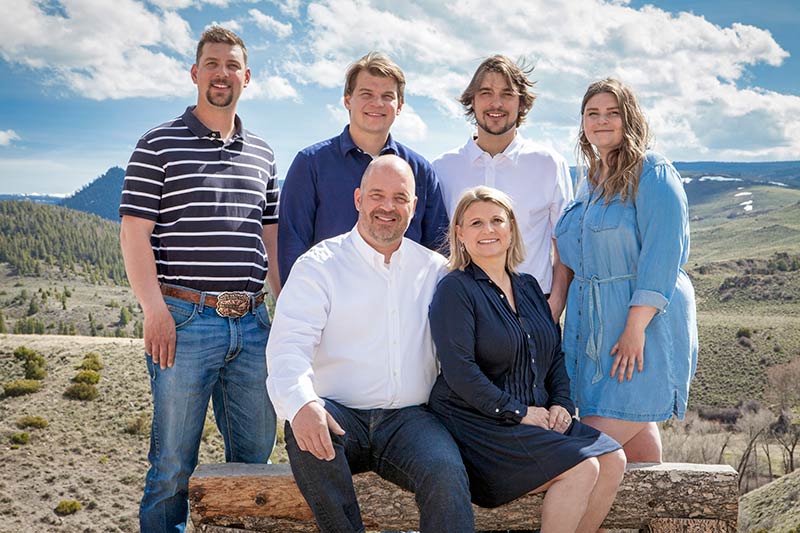 A great analogy, but while making furniture buying sexy is important for business, notice that Tony emphasizes his love of helping people. And that’s really what sets ifurnish apart from the rest. It’s philanthropy. It’s the side of things that you can’t see on the surface and it all started with Tony’s involvement in the Frisco Chamber of Commerce. In his early days as a Summit County resident and business owner, he was asked to be on the business advisory committee for the Town of Frisco. As the Chamber eventually morphed into a 501(c)(3) organization Tony was extra keen on being part of its board of directors so he could speak up for all the other businesses.

“I remember picking up my daughter from dance class upstairs from the Chamber,” he remembers. “And my daughter says to me ‘There you go. They’re looking for people who want to be on the board dad. You should do it because you like to help people.’”

And there’s that pervasive “helping” word again. He’s helping people solve their furniture problems and now he’s helping other business owners to build a healthy economy and improve the quality of life in the community. This foray into the Chamber sort of “opened his eyes” to the future and what kind of effect he and ifurnish could have on his new community.

“We like to help,” he says. “The community has given us so much; we feel it’s our obligation to give back in one way or another. This is such a giving community, it’s hard not to give back.” 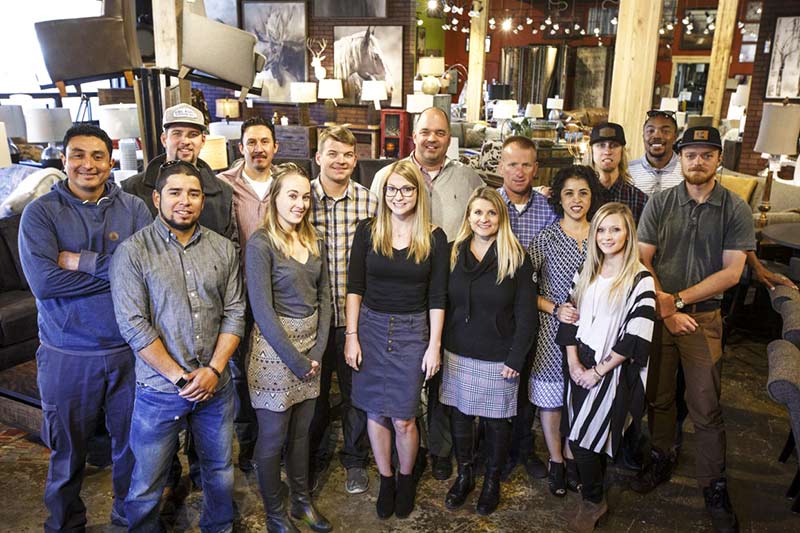 And this back and forth hasn’t gone unnoticed as ifurnish took home the Soul of the Summit award for outstanding business and philanthropy at the 2017 Summit Foundation Philanthropy Awards Presentation. Something that amazed the Pestellos for some reason.

“I never would’ve, in a million years, thought that we would have ever received that award,” said Tony, Vice President of the Summit County Chamber of Commerce. “It was quite an honor.”

Well for organizations such as the BOEC, this certainly didn’t come as a much of a surprise. Tony, Kelly and the ifurnish team have been supporting our 44-year-old nonprofit and this community for years, most notably in their generous support of BOEC’s annual Tee It Up Golf Scramble for the past two years. The BOEC holds a special place in Tony’s heart, mostly because of its support of our Nation’s veterans (the Heroic Military Program) and witnessing the joy of a high school friend utilizing the Adaptive Ski & Snowboard Program.

BOEC’s Heroic Military Program, which runs in the winter and summer months, is open to veterans, active duty military and members of the Guard and Reserve and is designed to suit the unique needs of those who have been injured while serving our country and are facing the new challenges associated with recovery. Because family members are critical to the healing process, they are welcome to participate in many of our programs. And due to generous support from many individuals and organizations, BOEC is proud to offer this program at low or no-cost to active military members and veterans from anywhere in the United States. Something not lost on Tony Pestello.

“One thing that’s near and dear to my heart is veterans, anybody who’s fought for our country,” says Tony. “They serve so that I can live here with the freedoms that I have and the fact that I get to be an American is because of their sacrifices. I would do just about anything for a veteran and I know you guys (BOEC) help, not only veterans, but I know that’s a big part of your program. I know you stand for that as well.” 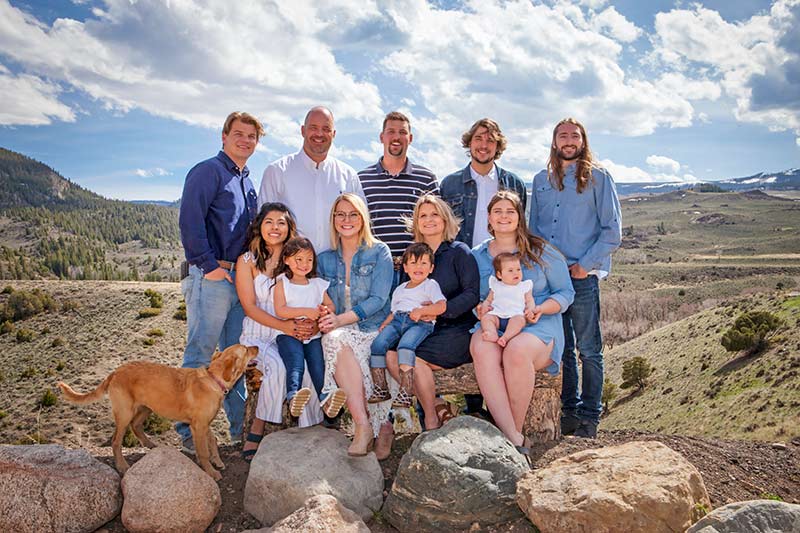 While Tony admires and respects BOEC’s Heroic Military Program – and what it provides for veterans and their families – there’s nothing quite like making something personal to really grasp the magnitude of how far his support goes. One of his high school friends was in a serious motorcycle accident their senior year of high school and became paralyzed from the waist down. And like many of the stories we have heard over the years, this friend did not let his unfortunate circumstances slow him down. He’s been involved with BOEC’s Adaptive Ski Program as a participant and volunteer for many, many years even though he still lives in Minnesota. When he visits Colorado, the Tony-BOEC connection comes to the forefront.

“I’ve skied with him many times and that boy can rip in his mono ski,” exclaims Tony. “He’s just got a great attitude and will rip down double blacks like it’s nothing. I’m just like, wow, it’s amazing to watch, you know, that’s amazing.”

But interestingly enough, coming from “Mr. Philanthropist” himself, Tony points to BOEC’s mission of helping people and its support of the community that inspires him to give back.

“You truly give people the experience of something they probably have never done before,” he states. “We take it for granted that we get to sit on the top of the mountain and see the rest of the world. But how many people have never seen that or have never gotten to the top of a chairlift. If you’re disabled in one way or another, you may never think you’re going to get that opportunity, and you guys give that to them. A nonprofit should be helping people, number one. Which you guys do. And then, as a bonus, help the community too. I think you guys do both.”

Pretty strong words from someone who devotes his time and energy just as tirelessly to the local community and participants as the BOEC does. We thank you Tony, Kelly and the entire ifurnish team for what we consider a match made in heaven.