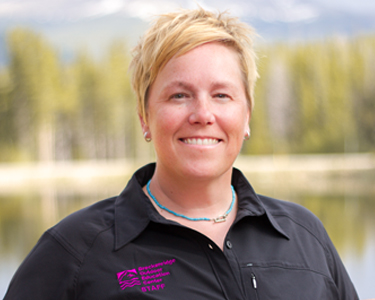 Jaime Overmyer started at the BOEC in 2003 as a summer intern. She began her career the next summer as a Course Director and raft guide while ski patrolling at Breckenridge Ski Resort over the winters. After several summers she was hired as the Operations Manager where she managed all the gear and facilities for eight years before moving into her role as Wilderness Program Director. In her free time she enjoys all forms of snow sports, rafting, falling off her bike, camping, home improving, flaming underwater basket weaving, and cheering on her beloved Michigan State Spartans.