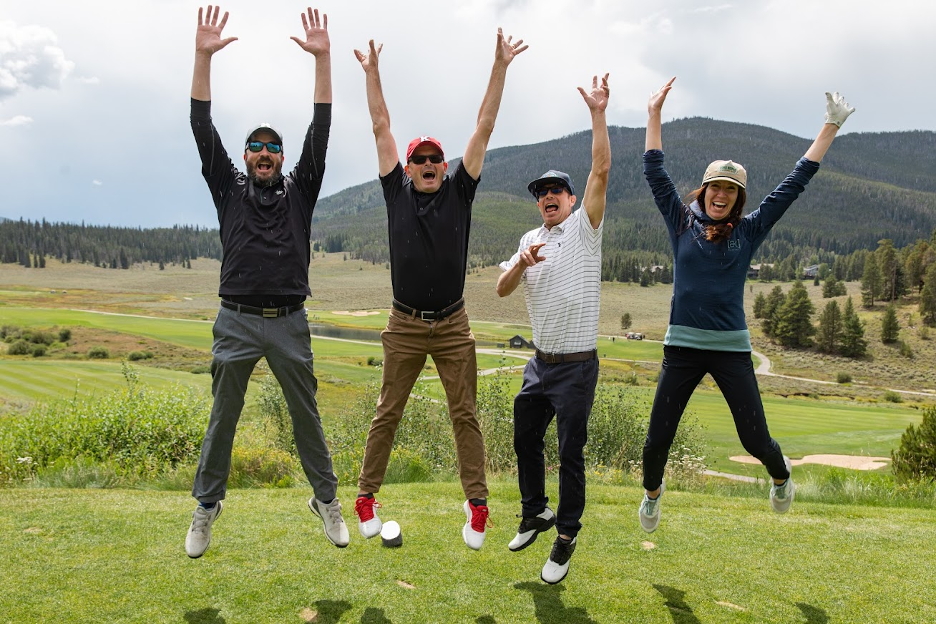 Team Mountain Pride Cleaning and Restoration has golfed with us all 13 years!

This year’s Tee It Up Golf Scramble sold out for the fourth year in a row and was the most successful tournament to date, raising over $80,000 for BOEC’s adaptive outdoor programming, including the Keystone Adaptive Center and BOEC’s Heroic Military Program. A special thanks goes out to all of our sponsors, golfers, volunteers, Keystone Ranch staff, and virtual auction bidders for making all of this possible.

Our golfers describe this tournament as one they look forward to year after year because it is well organized, fun, and supports the BOEC. Several foursomes have been “teeing-it-up” on Keystone Ranch Course since the tournament began in 2008. It is not all originals though as we sold out with 144 golfers (36 teams) in June, including eight new foursomes. 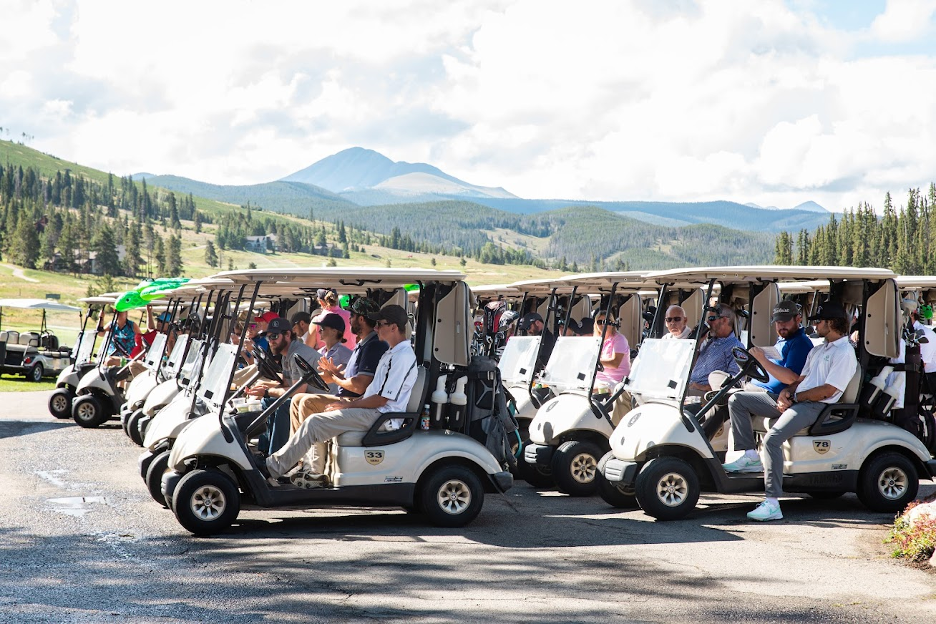 After coffee and a breakfast burrito, golfers grabbed a bagged lunch and beverage thanks to in-kind supporter Vail Resorts/Epic Promise, and  lined up in their carts with their Tee It Up Swag Bag and new BOEC Golf Shirt for the 10 AM shotgun start. Once on the course golfers headed out for 18-holes plus the usual tournament challenges including a longest putt, men’s and women’s longest drive, closest to the pin, and a beat the pro contest (see winners listed below). 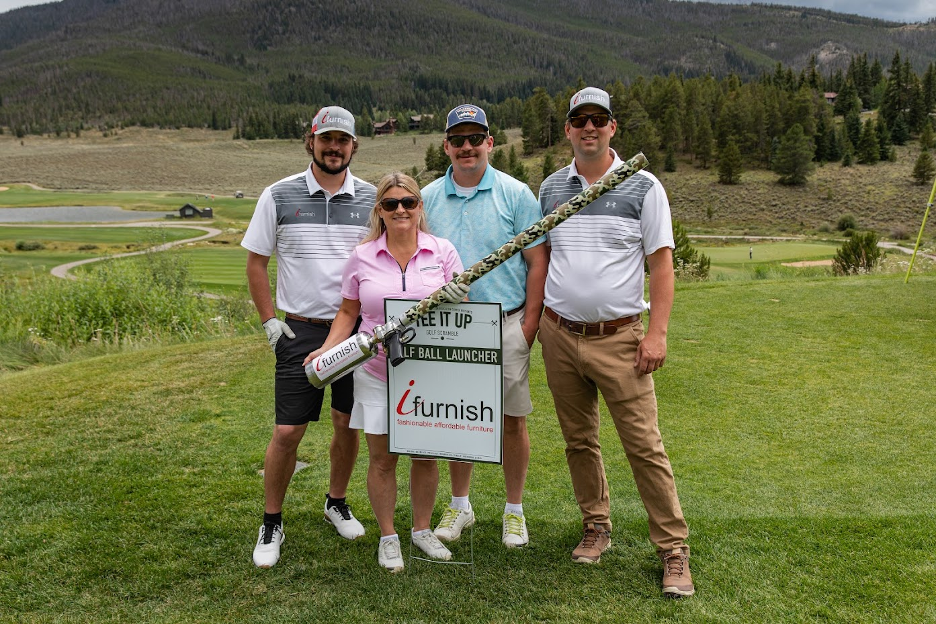 Co-Owner of iFurnish, Kelly Pestello, and sons try their hand at the ifurnish golf ball launcher.

For the third year in a row, ifurnish sponsored the Gateway Golf Launcher where everyone had the chance to shoot for the green while also raising additional funds for BOEC! 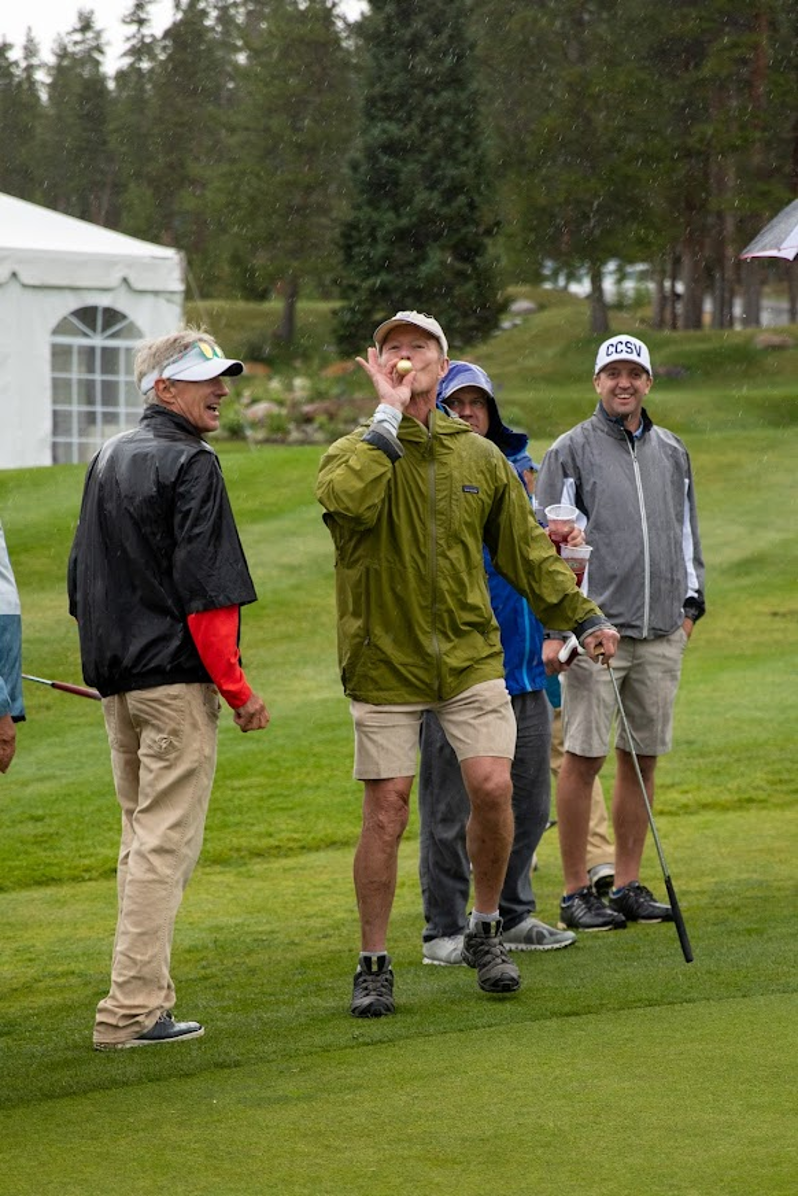 To conclude time on the green, new this year was a putting contest for ten lucky competitors, including winner Mark Burgeson, who sunk the 50ft putt with his “grandfather’s golden ball.” He was quick to donate the 50/50 prize drawing immediately back to BOEC- thank you and congrats Mark!

Thanks to our sponsors of the 19th Hole After Party, Vail Resorts/Epic Promise and Cornerstone Real Estate Rocky Mountains, everyone was able to escape the afternoon torrential downpour and gather for food and refreshments after a mostly sunny and entertaining day out on the course.

The virtual auction also returned for the third year in a row and helped raise over $22,000 for the BOEC. Thank you so much to many community supporters who donated and participated in the auction! 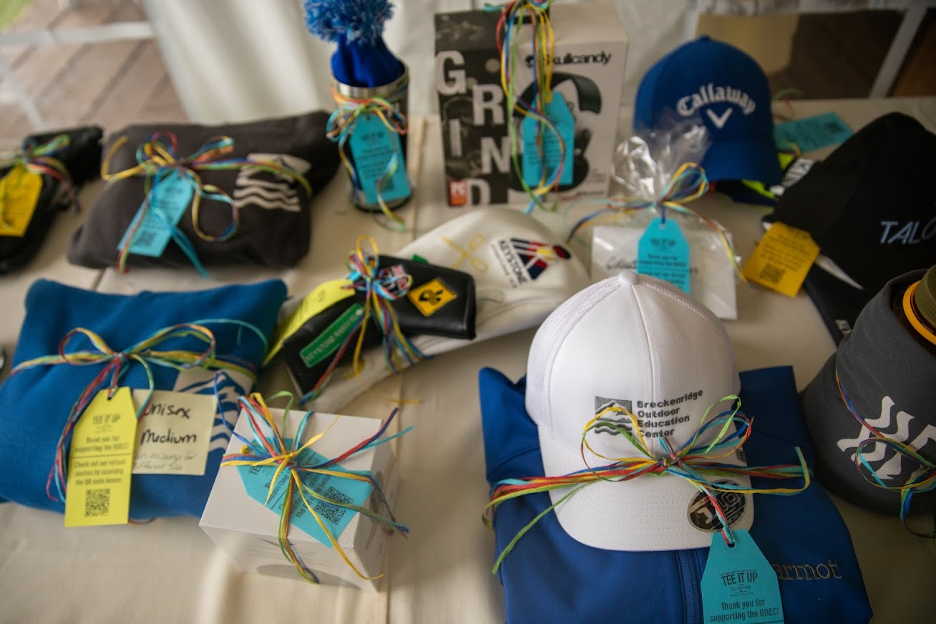 Beyond the fun, it was a competitive event as the top team, Amanda Doebler’s FirstBank Team scored a combined 48 in a tiebreaker against the second place team, Tod Hunt and Team 4 Old Guys. The third place team, Dobrota Plus Two, finished up with a score of 50. Overall, all but one team finished under the par 72 for an amazing day on the links. 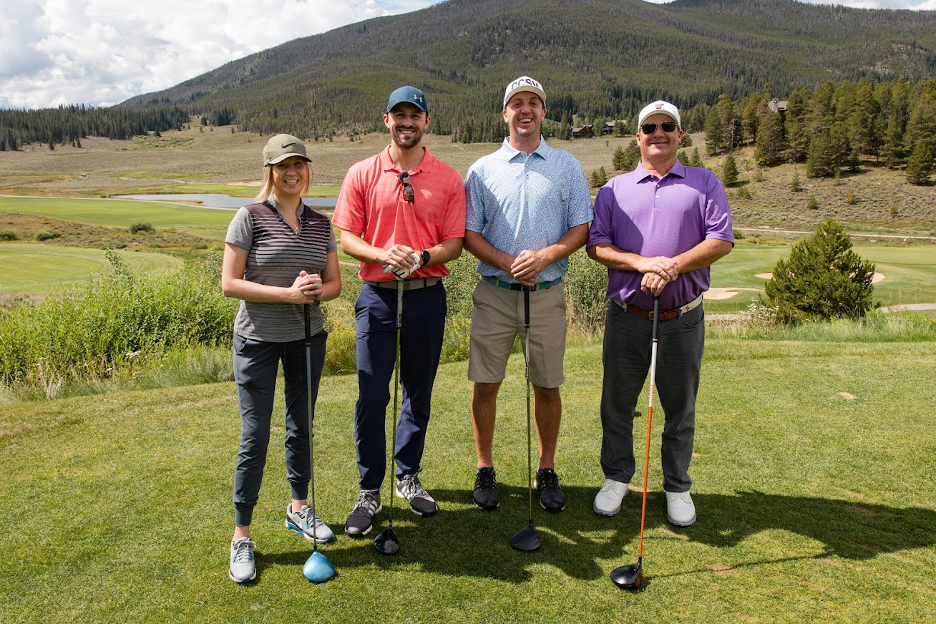 FirstBank VP Amanda Doebler and her team were tournament winners this year.

Congratulations to the overall team winners:

And Congratulations to the following contest winners:

A huge thank you also goes out to all of our golf sponsors: 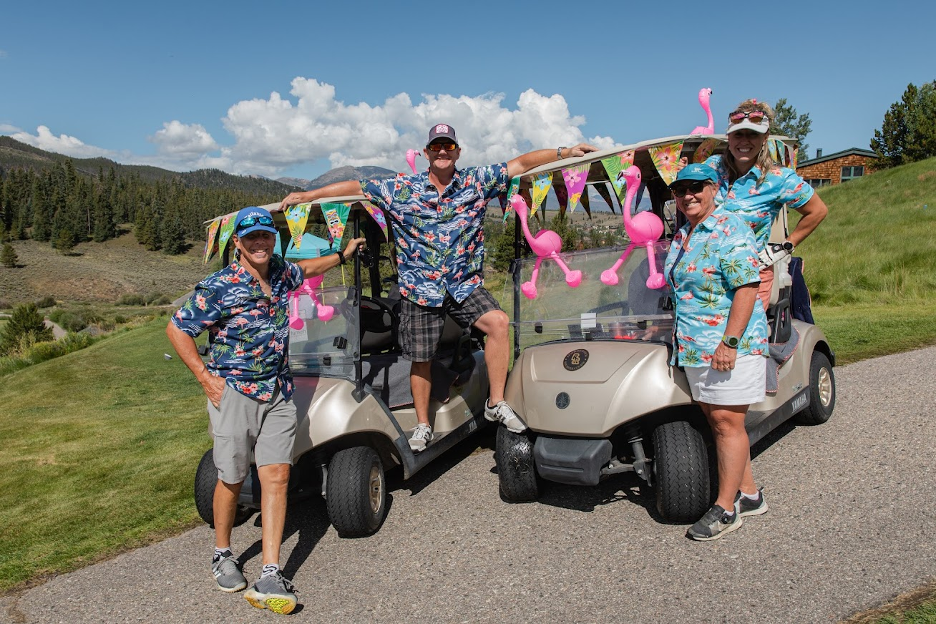 The Guras Family Getting into the BOEC Spirit

Every team’s creativity shines through in the photos taken by Julia Ordog, you can check them out here https://juliaordogphotography.pixieset.com/boec-teeitup/.

Thank you to everyone who came out, had a great time, and supported the BOEC while doing it! We look forward to seeing you all again next year for the 14th Annual Tee It Up.  Save the date for Monday, August 22st, 2023. 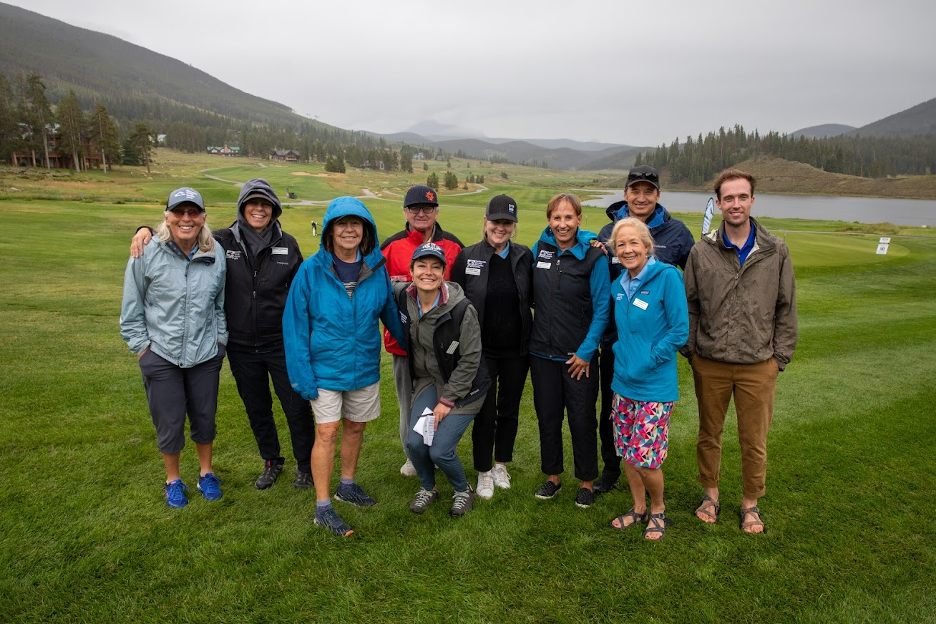 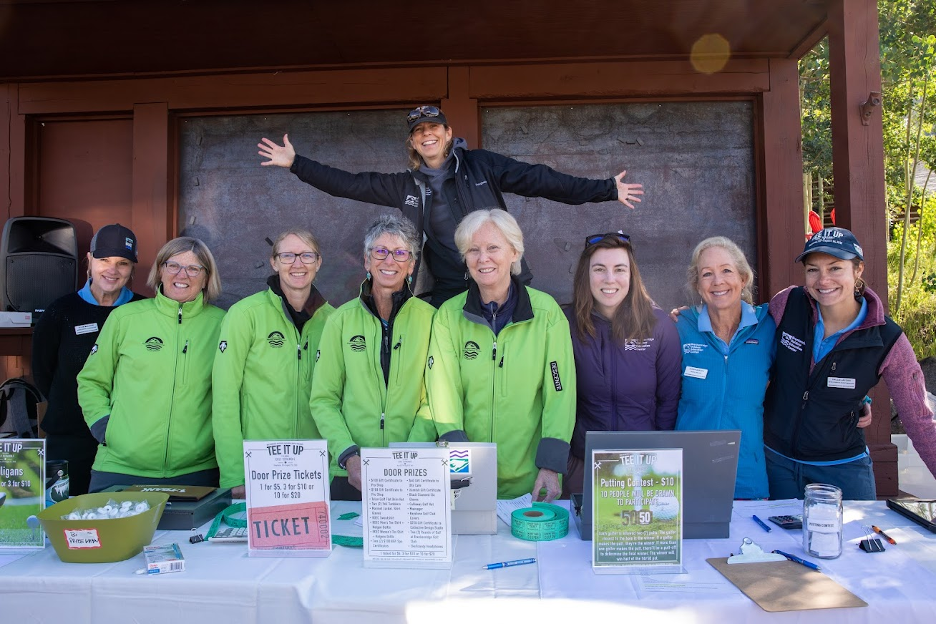 We couldn’t run registration without the help of our loyal staff and event volunteers! 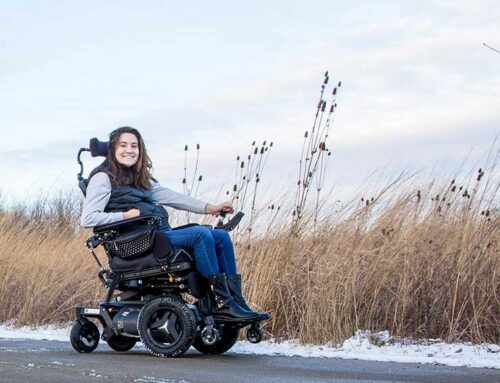 Amber Rangel: Using the Outdoors to Live Her Best Life