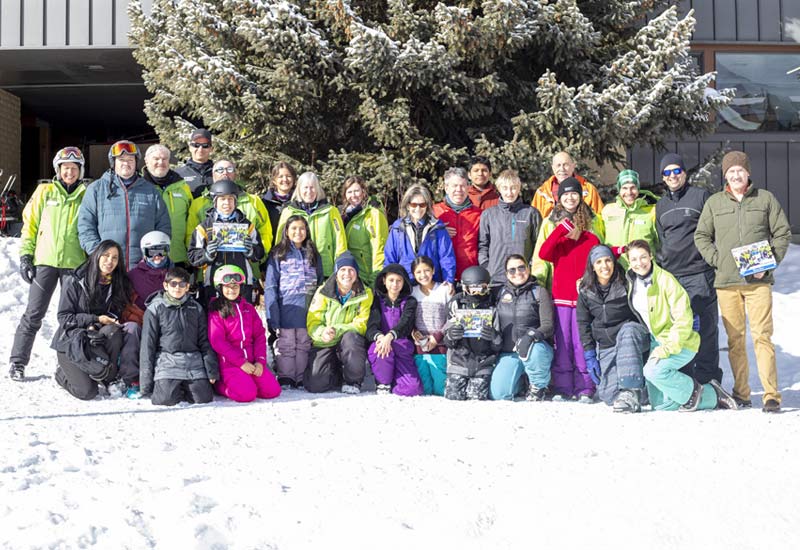 BRECKENRIDGE SKI RESORT — On Sunday, Jan. 12, the Breckenridge Outdoor Education Center hosted representatives from Alpine Bank, Mountain Mentors and The Summit Foundation for a day of skiing and riding at Breckenridge Ski Resort through the newly reinstated Snow Sports Alliance program. The Snow Sports Alliance program gives youth who otherwise could not afford to ski or snowboard the opportunity to participate in this central piece of mountain culture.

“It’s (for) those that haven’t had the opportunity to do it and those that wouldn’t necessarily,” Naaila Ahmad, Mountain Mentors program supervisor, said. “Their parents and families don’t ski or snowboard so really there’s no avenue for them to get out on the mountain and learn.”

Hanson got to ski with the 10 participants in the program on Sunday to see the effects of the financial support the bank gave to the program, which amounted to $10,000. The Summit Foundation donated $6,000 to the program. 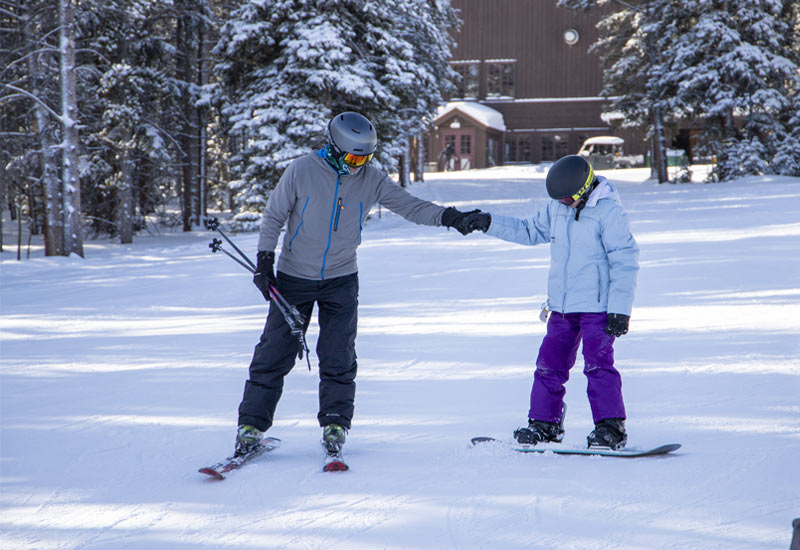 “It’s really special to see how your funding supports real families and real people in the community,” Hanson said. “It’s special to just be able to see what we do in action.”

Ahmad explained that the Snow Sports Alliance program received funding this year for 10 children to participate in a 10-week program and the kids, who are all beginners and mostly first-time skiers and snowboarders, are currently in their third week.

In addition to the lessons, each student also receives transportation to and from the ski resort and the BOEC center, season-long rentals through Blue River Sports and a season pass through Vail Resorts’ EpicPromise Foundation.

“It’s been an incredible opportunity with our children because it’s a one-on-one mentorship for those that are new to the sport,” Ahmad said. “They’re starting from the very basics and these instructors are absolutely phenomenal.”

After a year hiatus from the program, Ahmad said it’s especially exciting to be out on the mountain with the kids and see their progression.

“They’re really enjoying it,” Ahmad said. “I’ve come out with them a few times now and even though it’s 7 o’clock in the morning on a Sunday — no kid wants to wake up that early — they are standing out there all bundled up with their gear waiting for the van to come. I’m seeing them whizzing by me and that’s just great that they started not even knowing how to put on skis to now progressing so much.” 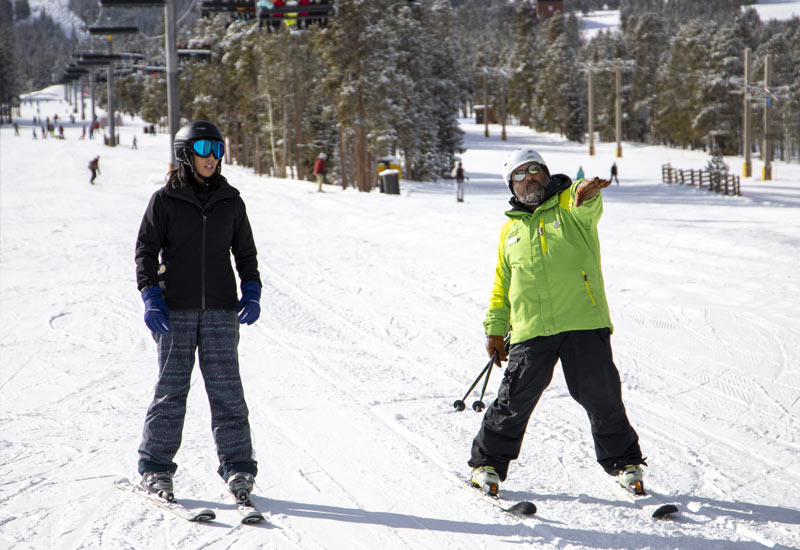 Ahmad added that the interactions herself and the Mountain Mentor’s team has had with the families of the participants has shown the importance of the program.

“We check in with the students, with the families, and just to hear it firsthand from them how happy they are that their kids are part of the program, how their kids are progressing and hearing from them, ‘Oh my God they can’t wait to go out next week again,’ that’s just very reaffirming,” Ahmad said.

Emily Garcia-Munoz, a participant in the program who is learning to snowboard for the first time, said her parents are proud of her for participating and progressing as a new snowboarder.

“I learned pretty quick, I actually went to the mountain,” Garcia-Munoz said of getting outside of Peak 9’s learning area. “This is my second time going on the mountain.”

Garcia-Munoz said her favorite part of the experience is getting to be on the mountain and getting to know people like her instructors. Regina Ahumada, a first-time skier, moved to Summit County with her family from Chihuahua, Mexico, about a year ago. While Ahumada does not yet speak fluent English and her instructors don’t speak Spanish, she said she has been able to learn a lot from them despite the language barrier. 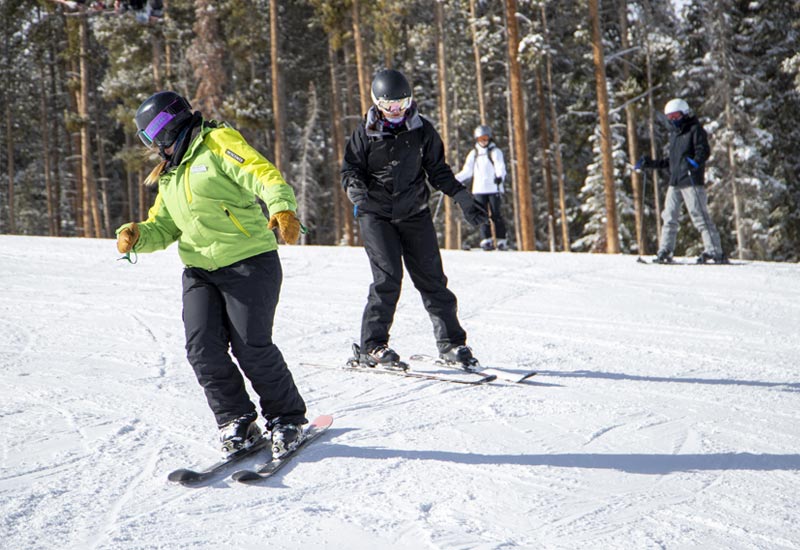 Bringing the program back this year took lots of help from the community, but in the end, all 10 students were able to participate in the program for free.

“We’re just so grateful for our community partners: BOEC, Alpine Bank, Snow Sports Alliance for providing this opportunity for our kids,” Ahmad said, adding that the EpicPromise Foundation and The Summit Foundation helped make the program possible. “We couldn’t do it without them so we really truly are grateful.”