Retired Navy SEAL Jason Redman traveled to Breckenridge with his family over the New Year’s holiday to work with an adaptive ski instructor at the Breckenridge Outdoor Education Center. 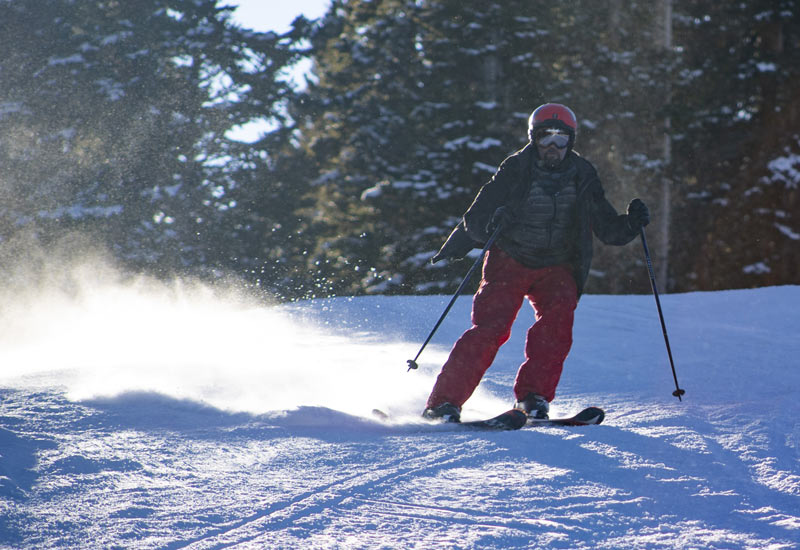 Redman was wounded in Iraq in 2007 after taking a machine gun round to his face and two rounds to his left elbow. Prior to the incident, Redman was a snowboarder, but because he no longer is able to fully bend his left arm, he switched back to skiing, which he did when he was younger.

On Monday, Dec. 30, Redman arrived in Breckenridge with his wife, three children and nephew for a family ski trip. The trip was the family’s first time visiting Breckenridge.

Redman said he wanted to improve as a skier, and Adaptive Ski & Snowboard Program Director Jeff Inouye paired him with instructor Kyle Calbat.

“Jay’s been wanting to work on being able to ski anything on the mountain,” Calbat said. “He’s getting comfortable with all-mountain terrain.”

Calbat has been teaching at the nonprofit education center for the past four years. He grew up volunteering at a sports camp for people with cognitive disabilities and studied outdoor education in school. 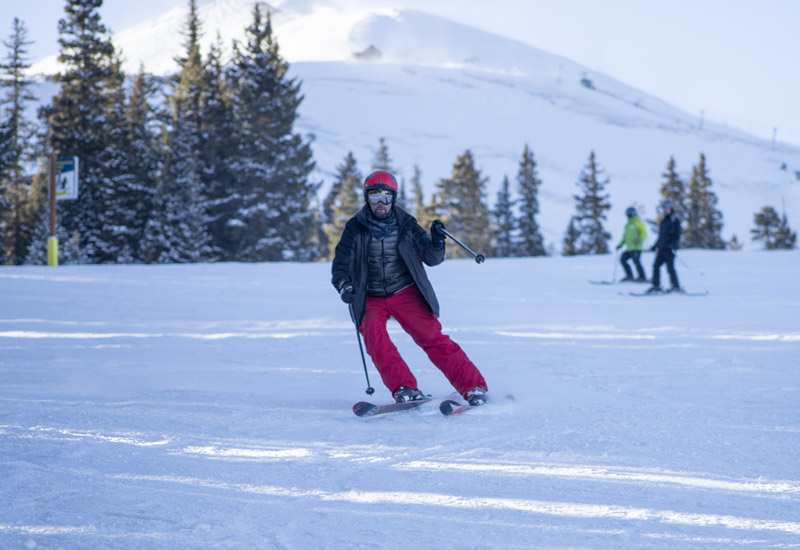 “It’s been super fun,” Calbat said about working with Redman. “He definitely seems like a go-getter. He told me skiing is his absolute favorite thing to do.”

Calbat said he and Redman even tried some more difficult terrain, which Redman struggled through, because Redman was determined to get better at skiing.

Redman said skiing has become a tradition and a way to spend quality time with his family when he isn’t busy in his other roles as a public speaker or New York Times bestselling author.

“Every year, for the last nine years, we’ve been getting out and skiing,” Redman said. “I’ve put my kids into it. I love doing it.

“I teach something called social leadership. Social leadership is how you pick and choose who you surround yourself with. Obviously family is an important part of that, so how do you spend time with your family?” 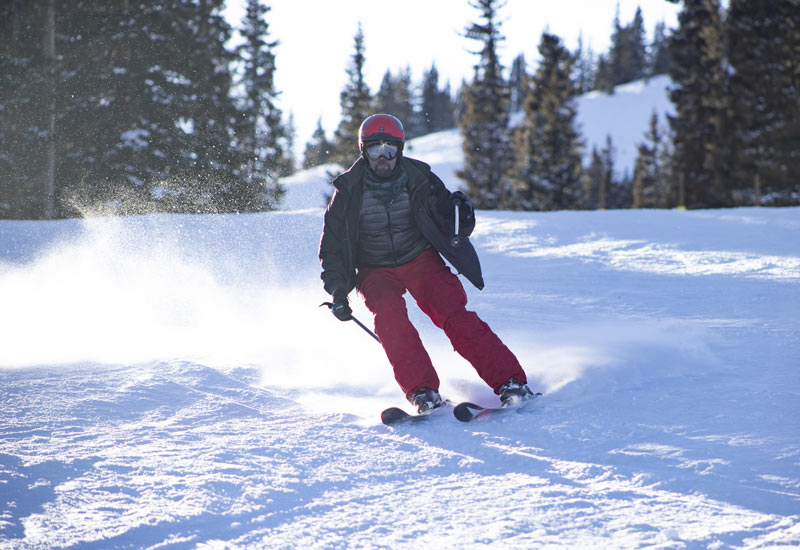 Redman started skiing again three years after he was wounded. He said getting back on skis after the incident was extremely helpful in getting over the mental hurdles that come with new physical disabilities.

“I know for a lot of wounded warriors, typically you’re at the peak point of your life, especially as far as physicality,” Redman said. “It’s tough to suddenly be confronted with, “Hey, you can’t do what you used to do,” and I think sometimes it’s a much bigger mental hurdle than a physical hurdle. The physical wounds will heal, and they’ll fix you, but it’s the mental hurdle that I can get back out and still enjoy life although I have to figure out how to enjoy it in a different way.”

Adaptive programs show people that they can still get out and enjoy the great outdoors despite physical limitations, Redman said. He pointed out that these types of programs help people do things that they might have thought they never could do again.

“I now speak on these things and talk about the mindset, about how we tell ourselves lies that aren’t true,” Redman said. “We often all have a tendency to look back on what we had before, and we want the perfect example of what we had before.”

Redman said it is common for people who have been severely injured to think this way.

“We’ve all suffered some level of damage that, no matter how well we put people back together, you’re never going to be back to the same,” Redman said. “But the good news is you can figure it out — how you can actually become the best version of the new me.”

Progressing in skiing is one way Redman is becoming the best version of his new self.

“We did some pretty gnarly mogul runs,” he said. “It was good. Get out of your comfort zone.”

Redman wrote about the concepts of getting out of your own way and believing in yourself in his most recent book, “Overcome.”

As for the trips with his family that he prioritizes, Redman said he is frequently traveling to give talks, so he uses the time on the mountain to reconnect with his family. While spending time with family is important, he said, it’s not always perfect, and you don’t always find the time in everyday life.